Can Christians Lose Their Salvation? 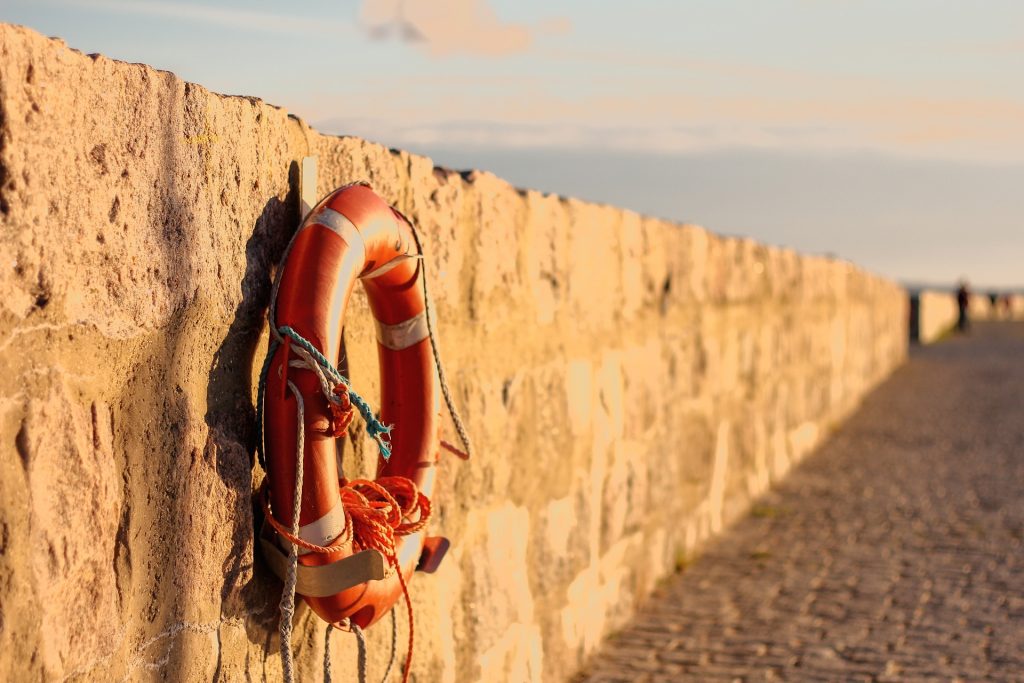 Can Christians Lose Their Salvation?

Arriving at a clear understanding of the true nature of salvation represents the first step in settling the question of eternal security. The Bible clearly teaches that at the very moment of genuine repentance and saving faith a sinner is:

Furthermore the repentant sinner is sealed with, indwelt by, baptised in and anointed with the Holy Spirit (Eph 1:13, John 14:17, 1 Cor 12:13, 1 John 2:27). He receives eternal life (John 3:36) and because he is now ‘in Christ’, he is predestined to be conformed to Christ’s image (Rom 8:29). He has come from darkness to light, from death to life and from the power of Satan to God. Once he was blind but now he can see. Truly, he is blessed with all spiritual blessings (Eph 1:3).

From the very first moment of faith in Christ, all of this is equally true of every single child of God. These are positional truths unrelated to and independent of changing human emotions and feelings. So, think for a minute: if Christians can lose their salvation, God is reversing all these actions in the lives of hundreds of people daily.

But what about believers who sin?

Some deny eternal security because they think that when they were saved, God only forgave the sins they had committed up to that point in time. They must keep confessing their sins daily to ‘stay saved’. If they commit a particularly bad sin, they will lose their salvation and need to be born again…again.

However, the Bible is clear that when God justifies a sinner, He clears his guilt, past, present and future. The sinner is declared righteous on the basis of the propitiatory and substitutionary death of Christ. Think about it; when Christ died on the cross no one now living existed. All their sins were future! So, where are the sins of those who believe in Christ? They have been remitted and forgiven on the basis of their acceptance of the once-for-all sacrifice of Christ at Calvary. Christ gave Himself a ransom for all, and those who believe are justified from all things, from which they could not be justified by the law of Moses (Acts 13:39). God never reverses His justification of repentant sinners.

The daily sins of a believer must be confessed individually to God (1 John 1:9), but this is to maintain communion with Christ, not union with Christ. When God adopts into His family, a child of wrath becomes a son of God (1 John 3:1). Although a son in a human family may disobey his parents and be punished, nothing can change the fact of his sonship. Thus it is with a true child of God; the Lord will not cast him away.

This seems a logical question at first sight, but it betrays a misunderstanding of the nature of salvation. Paul dealt with this objection when he expounded the twin truths of imputed righteousness and justification by ‘faith alone’ in Romans ch. 3. He then states: “Shall we continue in sin that grace may abound? God forbid. How shall we that are dead to sin live any longer therein?” (Rom 6:2). No, says Paul, for justified sinners have died to sin. Once the slaves of sin, they have now changed masters. Salvation never sets a man free to do as his sinful nature pleases. From the first moment, the new-born believer cries out “Lord, what wilt Thou have me to do” (Acts 9:5). There are no ‘free agents’ in the world, for all are either slaves of sin or bond-servants of Jesus Christ. When a sinner turns to God from idols, it is with a view to becoming God’s bond-slave (1 Thess 1:9).

True believers who fall into sin will be chastened by their Father (Heb 12:6-11). A Christian living happily and unchastened in continuous serious sin proves they were never saved in the first place (Heb 12:8) — for “whoever is born of God does not [continually] practise sin” (1 John 3:9). Thus, the Bible does not teach that those who profess Christianity but then return to their sinful ways are still guaranteed heaven. The Bible repeatedly emphasises the fact that “the unrighteous shall not inherit the kingdom of God.” Judas exemplifies this truth. That he never lost his salvation is clear from the Lord’s words to the 12 disciples; “Ye are clean, but not all” (John 13:10). Judas had never been to Christ for cleansing and forgiveness. His actions proved he was an apostate, not a backslider.

But what about all those tricky verses?

The following six verses are often used to deny the truth of “eternal security”:

This verse concerns ‘abiding in Christ’ and refers to believers’ ‘communion’ – not ‘union’ – with Him. Thus the Lord Jesus Himself speaks in v10 of His own abiding in the Father. The figurative language of v6 speaks of one who, through lack of communion with Christ, loses his testimony before men (men gather and burn, not God).

While the epistle to the Romans proves that sinners are saved by ‘faith plus nothing’, Galatians proves they stay saved by ‘faith plus nothing’. The irony is that many who would abhor any thought of earning salvation by works, attempt to keep their salvation by works. One cannot keep by works the gift one received by faith (Rom 6:23). ‘Falling from grace’ in the context of Galatians, refers to those who were trying to keep the law to ‘stay saved’ and had therefore fallen away from the true teaching of salvation through grace. They had lost their understanding of true salvation (unmerited grace), not salvation itself.

Does this verse teach conditional salvation? No. Repeatedly in scripture, ‘if’ simply means ‘since’. One may be asked to turn off a light switch and reply, “If you say so”. So here in Colossians, the fact that some continues in the faith furnishes the proof of their salvation; it is not put forth as a condition of salvation.

4. “For it is impossible for those who were once enlightened…If they shall fall away, to renew them again unto repentance” (Heb 6:6)

In checking the context here, it is clear that those mentioned were enlightened but not saved. They tasted but did not drink. They experienced spiritual power but were not personally born again. These Jews had come out of Christ-rejecting Judaism into a knowledge of the truth, yet they had stopped short of actual faith in Christ. With full knowledge of the gospel, they had turned their backs on Christ. The context clearly shows that the author of Hebrews did not have true believers in mind here. Verse 9 states: “But, beloved, we are persuaded better things of you, and things that accompany salvation.” In other words, no true believer can apostatise. (If this passage taught loss of salvation, the loss would be permanent — no repentance is possible according to v6).

5. “For if we sin wilfully after that we have received the knowledge of the truth, there remains no more sacrifice for sins” (Heb 10:26)

If this verse robs all deliberately sinning believers of salvation, then all are lost; for all believers commit deliberate sins. To avoid this particular doctrinal pitfall, it is vital to understand the ‘wilful sin’ in the context of the entire Hebrew epistle. Verse 26 refers to Jews who had come to a head-knowledge of the Messiah and then gone back to ritualistic Christ-rejecting Judaism. They have trodden under foot the ‘Son of God’ (denying His deity) and counted the blood of the covenant a common thing (denying His atoning sacrifice). In v39 the position of true believers is contrasted with these Jewish apostates: “But we are not of those who draw back unto perdition; but of those who believe to the saving of the soul.” True believers may backslide, but they can never become apostate.

6. “For if after they have escaped…they are again entangled…the latter end is worse with them than the beginning” (2 Pet 2:20-22)

Again, this verse is about apostasy not ‘backsliding’. Believers are sheep (1 Pet 5:2), but here Peter is speaking of dogs and pigs (v22). They had a head-knowledge of the truth but were not truly saved. Finally, after an outward association with Christianity, they drifted back to the very depths of worldly pollution from which they had ‘escaped’.

Every verse that may appear at first glance to teach conditional salvation, can be seen on closer inspection to teach no such thing. There is no space to deal with other verses here, but reference to sound evangelical commentaries will furnish plenty of helpful exposition to clarify any further difficulties.

Those who teach conditional salvation often avoid specifics. How would they answer the following questions:

i) What sin causes a loss of salvation?

A theft? A swear word? A lie? Ten lies? 50 lies? No specific uniform answers are available, indicating the unsound foundation on which this idea is built.

ii) How does loss of salvation become known to an individual?

Again, solid answers are not there, only nebulous suggestions.

iii) How is salvation recovered?

If salvation is through believing, how does one ‘believe again’? No one who has had Christ revealed to his soul could ever ‘believe again’. Interestingly, some cults who teach baptismal regeneration and conditional salvation do not insist on rebaptism once a ‘backslider’ has been ‘restored’. In other words, baptism is essential for salvation first time around, but not the second time!

iv) Where in scripture is there an example of a true believer losing his salvation and then being saved again?

There is not a single case of this type anywhere in the Bible. Some have suggested the case of the immoral man in 1 Corinthians ch. 5. However, scripture never indicates he lost his salvation. Once he was disciplined he truly repented, thus proving his genuineness – after which he was received back into the local church at Corinth (2 Cor 2:6-8).

John 5:24: “Verily, Verily, I say unto you, he that heareth My word, and believeth on Him that sent me, hath everlasting life, and shall not come into condemnation; but is passed from death unto life.” This passage is a one way street and carries no threat of reversal.

John 10:27-28: “My sheep hear my voice, and I know them, and they follow me: and I give unto them eternal life; and [firstly] they shall never perish, [secondly] neither shall any man pluck them out of my hand.” Some make an attempt to circumvent the clarity of eternal security as taught in this verse by saying that while no other man is able, a Christian can pluck himself out of the Father’s hand. Actually, the word ‘man’ is an italicised supplied word. The verse is simply teaching the no foe or force of any kind can ever sever the true believer from Christ.

Eph 4:30: “And grieve not the Holy Spirit of God, by whom you were sealed for the day of redemption.” The seal of ownership upon every believer is guaranteed to continue right through to the resurrection and beyond.

Phil 1:6: “Being confident of this very thing, that He who has begun a good work in you will perform it until the day of Jesus Christ.” God has promised to see Christians through to the day of Christ’s return.

2 Tim 1:12: “I know whom I have believed, and am persuaded that He is able to keep that which I have committed unto Him against that day.” If salvation depended on individuals, each one would have perished long ago. Thank God He is able to keep without losing even one weak believer.

For further reading see also Heb 5:9, 10:14, 1 Peter 1:3-5, 1 John 5:11-13. The scriptural motivation for Christian service should not be fear of losing one’s salvation but rather love to Christ. How tragic that some attend church and read their Bibles driven by the fear that if they do not fulfil these duties they will be cast out. May the Lord graciously reveal the truth of eternal security and the believer’s new position in Christ, that bond-service to Him may become the most blessed freedom of all.