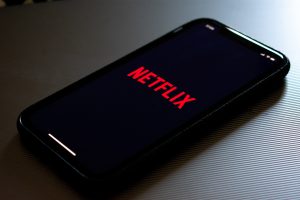 If you a Christian who loves movies, here’s a challenge for you. Are you willing to consider the following five issues that might upset your viewing habits?

Before watching a movie, consider:

The vast majority of Hollywood, Bollywood and the rest of the film industry’s content is sprinkled, if not saturated, with infidelity, impurity, vulgarity, violence and blasphemy. Why? The sensational gets noticed. Sex sells. So, the envelope has to be constantly pushed and the ratings have to keep slipping.

Do Game of Thrones, House of Cards, Gossip Girl, Pretty Little Liars, Suits and Downton Abbey’s immoral scenes not defile you as you watch? How would you answer Christian author and ‘Church father’ Tertullian’s questions, coming to us from the 2nd Century AD:

“…if we [Christians] ought to abominate all that is immodest, on what ground is it right to hear what we must not speak? For all licentiousness of speech, nay, every idle word, is condemned by God. Why, in the same way, is it right to look on what it is disgraceful to do? How is it that the things which defile a man in going out of his mouth, are not regarded as doing so when they go in at his eyes and ears?”1

Perhaps even more dangerous than the directly defiling content in movies is the worldview they are causing viewers to absorb without realising it.

The briefest of research will uncover a corrosive anti-Christian mind-set shared by all of the world’s leading movie producers. Bearing in mind that 86% of Hollywood directors seldom or never go to church, what kind of unbiblical philosophy will their movies be likely to contain? Woody Allen’s nihilism is all too apparent in his movies. James Cameron promotes shamanism in Avatar. Quentin Tarantino pushes postmodernism and a world without absolutes in Pulp Fiction. George Lucas is less than subtle in his depiction of a New age ‘force’ in Star Wars. Occult messages and themes permeate everything from Harry Potter to Game of Thrones. The philosophies of existentialism, hedonism, materialism and relativism lie at the heart of most modern movies. The Bible describes all of this kind of thing as “the lust of the flesh, the lust of the eyes and the pride of life” (1 John 2:16). Readers wishing to pursue this theme should read the book Hollywood Worldviews (IVP, 2002) by Brian Godawa.

Though movie audiences may not have studied or even heard of these potent philosophical ideas, they are nonetheless being subliminally brainwashed into accepting them. In a speech at the USC Entertainment Law Symposium in 1988, British film producer Baron Puttnam (Chariots of Fire, The Killing Fields, The Mission), perceptively reminisced about his own childhood, growing up in the United Kingdom but watching American movies:

“Far more than any other influence – more than school, more even than home – my attitudes, dreams, preconceptions and preconditions for life had been irreversibly shaped more than 5,000 miles away in a place called Hollywood…Movies are powerful. Good or bad, they tinker around inside your brain. They steal up on you in the darkness of the cinema to form or confirm social attitudes…To an almost alarming degree, our political and emotional responses rest for their health in the quality and integrity of the present and future generation of film and television creators…I remain entirely convinced of the law of cause and effect. I also firmly suggest that the images of the film maker are responsible, frighteningly responsible, for the attitudes and behaviour of the young and overly impressionable.”2

The Bible, in both Old and New Testaments, gives clear warnings to God’s people about “separation from the world”. Israel was forbidden to meddle with the Canaanites and the other idolatrous tribes in ancient times – tribes in which sexual immorality and idolatry were the order of the day. Paul in his letter to the Ephesian church describes the immoral and idolatrous citizens of the Roman Empire and tells Christians not to associate with them.3

Consider the associations into which you enter when watching movies. Sir David Frost OBE (1939-2013), an English journalist and media personality, once humourously but perceptively remarked that, “Television [now add Netflix and Amazon Prime] is an invention that permits you to be entertained in your living room by people you wouldn’t have in your house“.

In 1996 the homosexual writer David Ehrenstein stated, “[t]here are openly gay writers on almost every major prime-time situation comedy you can think of.” He listed Friends, Seinfield, Murphy Brown, Roseanne, Mad About You, The Nanny, Wings, The Single Guy, Caroline in the City, Coach, Dave’s World, Home Court, High Society, The Crew and Boston Common. Said Ehrenstein, “In short, when it comes to sitcoms, gays rule.”

‘Movie stars’ like Brad Pitt, Leonardo DiCaprio, George Clooney, Tom Cruise, Jennifer Lawrence, Nicole Kidman, Meryl Streep and Cate Blanchett – to list just a few famous representatives of the Hollywood world – are the Canaanites and Corinthians of the 21st Century and should have no place in the affections of the Christian. The Bible says: “The friendship of the world is enmity against God. Whosoever therefore will be a friend of the world is the enemy of God” (James 4:4).

Let me jolt your thinking for a moment. Can you imagine, in your wildest dreams, Joshua and Moses watching a TV series called “Canaanite Housewives”? Can you imagine Aquila and Priscilla inviting Paul and Timothy over to their house for a movie night to watch “Keeping up with the Corinthians”? So how come millions of professed evangelical Christians in the 21st Century have swallowed Hollywood hook, line and sinker and don’t seem to see the problem? Hollywood is ground zero for adultery, homosexuality and every other kind of moral perversion. What are we doing watching these wicked people, coming under their influence, and trying to recreate their looks and lifestyle in our own lives?

Professional acting is not an honourable profession, looked at from the Bible’s perspective. Why? Because pretending to be what one is not, assuming the counterfeit persona of a minister of religion one day and a serial rapist the next – and making big bucks out of it – is clearly not a noble, respectable or principled way of making a living. Addressing the United Nations in September 2014, leading Hollywood actor Leonardo DiCaprio said bluntly, “I pretend for a living”.

The etymology of the word hypocrisy makes for an interesting study. Hypocrisy derives from the Greek word ὑπόκρισις (hypokrisis), which means ‘dissembling’ or ‘play-acting’ and was employed in ancient Greece for any kind of public performance (acting, rhetoric as a civil art etc.). The noun hypocrite comes from ὑποκρίτης (hypokritēs) and was employed a technical term for a stage actor. In ancient Greece, actors were considered unfit for public office. Demosthenes judged Aeschines an untrustworthy politician because he had been an actor prior to becoming a politician. As far as Demosthenes was concerned, Aeschines’s ability to act and impersonate called his sincerity into question.

A.W. Tozer questioned pretense even in ‘Christian movies’: “To pretend to pray, to simulate godly sorrow, to play at worship before the camera for effect – how utterly shocking to the reverent heart! How can Christians who approve this gross pretense ever understand the value of sincerity as taught by our Lord?…The profession of acting did not originate with the Hebrews. It is not a part of the divine pattern. The Bible mentions it, but never approves it. Drama, as it has come down to us, had its rise in Greece. It was originally a part of the worship of the god Dionysus and was carried on with drunken revelry.”

Christians are to be seriously minded people who live in the real world, their lives concerned with what really matters – the glory of God. Study John Bunyan’s pilgrim ‘Christian’ and see with what purpose and resolve he made his way to the celestial city. The emptiness of “Vanity Fair” had nothing to offer him. Christian’s concern centred around things that “are not seen”. The eternal, not the temporal.

What has this to do with movies? Everything. Hollywood’s nickname has always been ‘Tinseltown’ – named after those flimsy insubstantial strips of shiny paper that glitter but are of no value. Hollywood’s entire modus operandi is to transport its viewers into a fake world where they can lose themselves in mindless amusement. To ‘muse’ is to think. A-muse is not to think. Why would a Christian spend hours and hours each week watching fiction, and living in a fantasy world of trivia that counts for nothing in the scales of eternity?

Author David Wells perceitlvely remarks: “Television is first and foremost an entertainment machine, a fount of distraction that enables millions of Americans to ‘enter a different world that is more pleasant and less difficult in almost every way’ than the one in which they actually live. It creates a world of optimism and good cheer relatively free of unhappy endings, because unhappy endings are bad business. It creates a world in which ordinary people have big ideas and only small frustrations, a world filled with wacky escapades rather than irredeemably boring routine and hopelessness. How many leading characters in television series have to cope with chronic draining problems – months of unemployment, say, or failing parents, or an unglamorous illness like rheumatoid arthritis or multiple sclerosis? Television entertainments tend to avoid problems that can’t be solved by the end of the hour; in some ways they turn their backs on messy reality altogether, weaving a fiction of happy automatons with gleaming teeth, well-kept homes, shiny new cars, and hair that is never mussed for long. Even the villains in these shows are a good deal more attractive than the sorts of villains that turn up in real life. Television rarely attempts to portray the internal disintegration that addictions to power, sex, money and violence produce. In television’s fantasy world, gangsters are sophisticated and intelligent, and prostitutes are glamorous and healthy, untouched by the violence, manipulation, and fear that plagues the real world’s mean streets. On the whole, commercial television makes no pretence of having a social, conscience. Its perspective on life is not moral. It is not even real.”

Don’t let your heart rule your head. It’s time for Christians to end their adulterous love affair with Hollywood and serve Netflix and HBO etc. with a bill of divorcement. We should not be contributing to this industry with the money and time the Lord has put into our hands as stewards. A clear break is required.

Ask yourself: does my movie intake encourage or discourage my daily walk with the Lord? Does it sharpen or dull my ‘spiritual edge’? Does it help or hinder my Bible reading and prayer time?

As you consider the question “Should I watch movies?” ask yourself:

If your conscience has been stirred by this article, I urge you to act today, and make William Cowper’s words your own:

“The dearest idol I have known, whate’er that idol be,
Help me to tear it from thy throne, and worship only thee.

“So shall my walk be close with God, calm and serene my frame;
So purer light shall mark the road that leads me to the Lamb.”