The Tragic Triumph of Experience over Truth in Evangelicalism 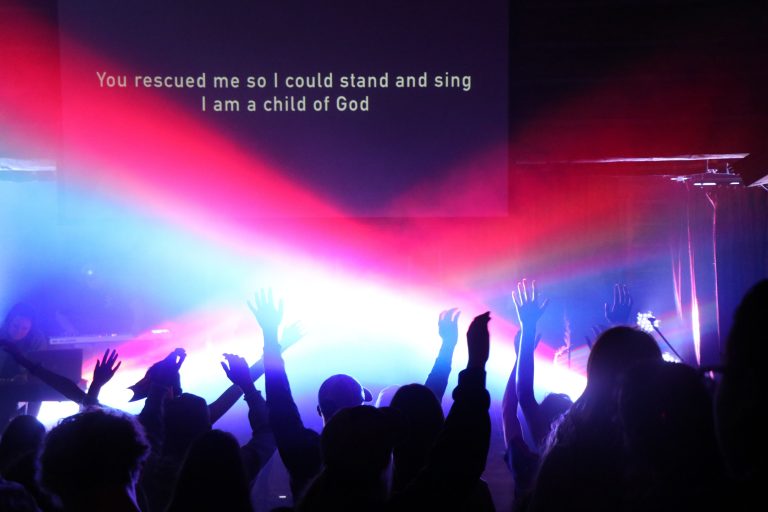 The Tragic Triumph of Experience Over Truth

Across vast swathes of evangelicalism, doctrine and theology have become dirty words. What “feels good” has won the day. Exposition has been surrendered to entertainment, preaching to performance, doctrine to drama, and theology to theatrics. Anyone questioning the “big band feel” of the contemporary church will soon discover that you can argue with a doctrine, but you can’t argue with an experience. With apologies to Decartes, “I feel, therefore I am” pretty neatly sums up where we are today, as celebrity culture and church culture merge into one.

During one of history’s major turning points – the Enlightenment era (1715-1789) – human reason triumphed over divine revelation. Now, at the present turning point in Western Christianity, experience has triumphed over doctrine. The evidence is in: in 21st century evangelical Christianity, experience determines faith and practice, not the other way around.

The most noticeable and tragic feature of the switch from a focus on rational, biblical theology to a focus on experience and feeling, is the takeover of evangelicalism by “the sacrament of Christian rock music”. On Sunday mornings across the world, CCM (Contemporary Christian Music) now functions as the chosen means to “bring God’s people into the presence of God”. The emotional impact of the music – which is mistaken for the presence of God – has overwhelmed everything else and assumed a place of total dominance over the church service. It has also overwhelmed all the arguments against it. The warning voices have been drowned out and swept aside.

Rick Warren, in his best-selling book “The Purpose Driven Church”, rightly observed that the young generation don’t want to just hear their music, they want to feel it. They want to be touched emotionally. They want to “let go and let God” – to raise their hands, to shed their tears and to become lost in “worship”. But is being lost in music – is being deeply and profoundly moved by music – the same thing as being “changed from glory unto glory” and becoming more like the Lord Jesus? Is exposure to the raw sensuality of today’s CCM really spiritually transformative? If so, into what is it transforming us? Into holier and more spiritual saints who “tremble at God’s word”, or into shallower and more carnal church-goers who cannot discern the difference between the holy and the profane? How did we fool ourselves into thinking that Christianising the sound and style of Justin Beiber was ever going to mould us into the image of Christ?

But, I hear you say, you have no right to judge my music. You like boring and traditional; I like exciting and contemporary. Why argue about non-essentials? It’s just a matter of preference. But here’s the problem. Where do you read in the Bible that worship has anything to do with preference? The Lord Jesus said that those who worship God must do so “in spirit and in truth” (John 4:24). Paul said, “Let the word of Christ dwell in you richly in all wisdom; teaching and admonishing one another in psalms and hymns and spiritual songs, singing with grace in your hearts to the Lord” (Col 3:16 – emphasis added).

When it comes to corporate prayer and singing, biblical worship is all about truth and teaching. Yes, worship aims to glorify God, but worship also has purposes for the worshipper. He or she is to be taught and edified; to be moulded into likeness to Christ by the assimilation of doctrine, sung and spoken. Worship was never designed to meet our emotional needs and make us feel good. In fact, as far as feelings are concerned, secular rock music produces the same feelings as CCM. The same tingling. The same tears. How come? Because it’s the same music.

And it’s not just the music. The vocals play a huge part in this phenomenon too. Dr. Janet Halfyard has rightly observed that “the vocabulary of professional singing is full of subtle tricks which form a cultural code of emotional sincerity, perhaps most obviously seen in the way everyone from operatic tenors to female popular singers all allow the voice to break, employing breath noises, catches and glitches in the sung line and the vocal timbre that indicate the depth of their emotion, something heard in vocalists from Pavarotti to Alanis Morrisette. But these are the tricks of the professional singer and so, paradoxically, the very mechanisms employed to convince the audience of the singer’s sincerity are arguably a form of deception.” (italics added)

CCM vocalists are experts at this game too. Musician Neil McGovern explains: “A cursory listen to the material [CCM] reveals breathy, forced vocals, ‘ooh’ and ‘uh’ suffixes often being added to words. A great deal of melisma is employed at times. Some words such as ‘Alleluia’ become totally broken and fragmented. Nearly all the slower songs have a predictable build to anthemic choruses with full band accompaniment…when the songs reach their electronically frenzied triple-guitar climax, the senses have been softened and drawn in so that the impact is all the more overpowering. It’s as though someone has whispered to you for sixty seconds and then yelled directly into your ear. The theatricality of this technique is wholly at odds with dignified, sincere worship.”

So, is there any place for emotion in worship? It must be remembered that our emotions are neither holy nor secular. They are simply our body-mind responses – responses that are influenced by our personality, upbringing and environment. Yes, they can be and should be affected by a contemplation of the glory and grace of God in creation and salvation, but they are changeable and unpredicatable, especially this side of heaven. They neither serve us well as proofs of our spirituality nor as guides to our doctrine and practice.

Which is why the takeover of ‘the church’ by the raw, sensual emotion of rock and roll, and the consequent sidelining of biblical, edifying, spiritual, didactic worship is one of the great tragedies of our times. It represents the complete triumph of experience over truth, as the doctrinal principles of God’s word, that should define and regulate the praise and worship of God’s people, have either been corrupted or completely lost. Reverence gone, separation from the world’s corrupt art forms gone, doctrinally deep song lyrics gone, and the evil of ecumenism encouraged and facilitated. Remember, it was CCM that oiled the wheels of ecumenism in the second half of the 20th Century. From Nashville, to Canterbury to Rome, we all sing the same songs, we all feel the same presence, and we all enjoy the same emotions. So, why not all join together? Matt Maher (Roman Catholic) and Matt Redman (Evangelical) can happily lead worship together. After all, how do you distinguish between the feelings of an evangelical and those of a Roman Catholic when “Lord, I Need You” or “10,000 Reasons” strikes up at an ecumenical Christian festival? You can’t argue with an experience.

It’s time to face the truth. We have moved away from the true north of separated, spiritual, biblical worship. In fact, we’ve come so far that we are now practically worshipping our emotions, our feelings, and our desire to feel good. The lyrics give the game away: “Lord I just want to touch You”, “God, I just want to feel You”, “Let me feel your presence now”. There’s a word for this kind of ‘worship’ – it’s called idolatry.

The quickest way to realise what an idol CCM has become is to try to live without it. The addiction is real. The drawing power of the music is huge. You want that ‘feeling’ again. You miss the power of the beat to move you. You miss the emotion of the voice to touch you. The plain old singing of hymns, as practised by believers for 2,000 years, seems dull and lifeless by comparison. like the taste of water to a Pepsi addict. Where’s the fizz?

If you really want to practise biblical worship – if you want to glorify God and be edified in your mind – you have no choice. CCM has to go. But do not fear. You won’t be the loser. God promises, “Wherefore come out from among them, and be ye separate, saith the Lord, and touch not the unclean thing; and I will receive you.” (2 Cor 6.17). Will you take the challenge? “And be not conformed to this world: but be ye transformed by the renewing of your mind, that ye may prove what is that good, and acceptable, and perfect, will of God” (Rom 12:2)

The Bible urges us to shun the world’s decadent fleshly culture and go in for biblical worship, knowing that the worship of God’s people has always been different to the worship of the pagan culture of the world. The Father is seeking true worshippers! And, remember, “Whoso offereth praise glorifieth Me” (Psalm 50:23).