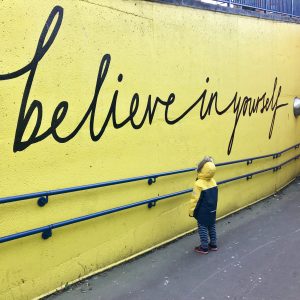 The catalyst for humanity’s first sin was a powerfully attractive but ultimately deceptive proposal from Satan: “Disobey God and look what will be yours – you won’t die, but rather your eyes will be opened, and you will be like gods”. It was an offer of life, light and liberty. Adam and Eve took the bait, and humanity’s billions have been labouring under the consequences ever since, though blissfully unaware of both the cause and nature of the problem. We’re too enlightened today to believe in Satan. But that’s all part of his plan. Satan is happy to stay in the background. He doesn’t waste time openly saying “follow me”. He simply tells people to “follow your heart”. Do what you want, when you want, how you want and you’ll be in the know (light), free as a bird (liberty) and happy as a pig in the sun (life). 21st century sinners consider themselves nothing if not supremely enlightened, free and alive! But all is not as it seems. In truth, the enlightened are in the dark; the freedom lovers are in chains; and the living are dead.

Have you ever wondered how a brilliant scientist like Richard Dawkins can believe that – by chance –  everything came from nothing, life came from non-life, and matter woke up one day and said “I think therefore I am”? That an intelligent man can ‘believe’ such nonsense is evidence that rejection of God and His truth turns out the lights – that blindness is the firstborn child of wilful unbelief. Since “God is light”, rejection of God is a rejection of light. Furthermore, suppression of the knowledge of God results in the dark night of the soul. Says Paul of the God-rejectors in Romans 1:21, “Their foolish heart was darkened.”

Today’s secularists inhabit a world of moral, spiritual and intellectual darkness, both internal and external. But they don’t realise it, any more than a fish realises it’s wet. In fact, the children of the enlightenment – who exalt their reason above God’s revelation in the Bible – actually “love darkness rather than light, because their deeds are evil” (John 3:19). Their problem with God is not intellectual, it’s moral. Their atheism has an ulterior motive. It’s a smokescreen for wickedness. “Your eyes will be opened”? Don’t believe a word of it. Sin always leaves you in the dark.

Yet for any person willing to humble themselves, and receive the kingdom of heaven as a little child, God will “open their eyes, and to turn them from darkness to light, and from the power of Satan unto God” (Acts 26:18). Jesus said, “I am the light of the world: he who follows me shall not walk in darkness, but shall have the light of life.” Follow Plato, Rousseau, Marx, Nietzsche, Darwin, Russell, Sarte, Freud or Dawkins and you’ll stay in the dark and die in the dark. They are blind leaders of the blind. Follow Christ and you will have the light of life, forever.

When Adam and Eve believed the original lie, they acted out both a denial and an assertion. A denial of their status as ‘creatures of a Creator’ – and therefore subject to a higher authority than their own opinion – and an assertion of their freedom to do their own thing, and act independently and autonomously of God. They were tricked into viewing their responsibilities to their sovereign and holy Creator as a form of slavery. They longed to be free, so they swallowed the twisted view of Deity promulgated by the late author and atheist Christopher Hitchens – that God is a “celestial North Korea”.

Our first parents’ act of taking forbidden fruit from the tree in Eden’s garden represented humanity’s first shot in its long war against God. More than stealing, more even than disobedience, it was a treasonous attempt to wrest control from Deity and cede it to the human self. It displayed an attitude eloquently summed up by Jeremy Riskin: “We [humans] no longer feel ourselves to be guests in someone else’s home and therefore obliged to make our behaviour conform with a set of pre-existing cosmic rules. It is our creation now. We make the rules. We establish the parameters of reality. We create the world, and because we do, we no longer feel beholden to outside forces. We no longer have to justify our behaviour, for we are now the architects of the universe. We are responsible to nothing outside ourselves, for we are the kingdom, the power, and the glory for ever and ever.”1

But did Satan’s promise come true? Are humans free? Does following your heart bring freedom? Quite the reverse. Freedom to do what you want is the very worst form of slavery. Why? Because following the whims, wishes and dictates of fallen human nature leads lower and lower into sin. A person who commits sin becomes its slave (John 8:34). The world’s clinics are full of people, rich and poor, left and right, famous and unknown, who tried to “do as they please” and found such ‘freedom’ to be a mirage. They believed the lie. They became slaves of sin.

Is a bird free? Put it under water and you’ll soon see how free it is. A bird will only thrive and flourish in the realm for which it was designed. And so it is with us. Those who defy the universal moral law of their Creator and say “I’m my own boss, I’m free to do as I like, no Deity is going to tell me what to believe, how to behave and when to marry”, have fallen for hell’s lie. They are slaves to their own corrupt fallen nature. They are acting out the essence of sin – which the Bible defines as “lawlessness” (1 John 3:4).

The most addictive thing in the world is sin. It is the anarchic principle that is hard-wired into the soul from birth, and which holds its victims in a vice-like grip. Only Christ can deliver from its tyranny and mastery. When someone repents and believes the gospel, that is, when they honestly take their place as guilty rebels before God and receive forgiveness through the sacrifice of Christ on the cross, their old master, sin is deposed from the throne of their life and the Lord Jesus takes control. Sin no longer has the mastery. Paul says of Christians; “having been made free from sin you became servants of righteousness” (Rom 6:18). Freedom doesn’t come from saying yes to sin, but from saying no: and yes to Christ. True liberty is not the unfettered ability to do whatever I want, but the freedom to do what God wants me to do. It is a divinely given ability made possible by the new birth and the indwelling power of God’s Holy Spirit. “If the Son shall make you free, you will be free indeed” (John 8:36).

This is where’s it’s at! This is the life! The bright lights of Piccadilly Circus, Times Square and the Las Vegas Strip. The fun, the excitement, the razzmatazz! We’re having a great time! “Ye shall not surely die”, whispers the devil. Sitting waiting for a tram in Amsterdam in 2007 I asked the gentleman next to me why he liked the city. “Because it’s alive,” he said. One of Europe’s most decadent cities – alive! Another successful lie from hell.

The fact is, there’s no real or eternal life or soul quenching satisfaction available in the clubs, theatres and stadiums of “this passing world”. The whole system is stale and lifeless. The entertainers come and go. They live, they die. Their audiences laugh for a moment and pass away. The hole in the soul, that general sense of unease, defies all attempts to fill it with the wares of ‘Vanity Fair’. C.S. Lewis once said, “All that we call human history – money, poverty, ambition, war, prostitution, classes, empires, slavery – [is] the long terrible story of man trying to find something other than God which will make him happy.”

This disquiet – this angst that is common to all of humanity – results from people living out the contradictory reality of being, at one and the same time, both physically alive and spiritually dead. Made in the image of God, made to know God and enjoy Him forever, humanity fell for the lie that “sin brings life”. But it’s all a grand deception. Paul describes humanity’s current condition as separated from the life of God and “dead in sins” (Eph 2:5). The ‘life’ and ‘fun’ that the world has to offer is but a poor and unsatisfying substitute for the real life forfeited in Eden so long ago. It can do nothing more than leave its patrons empty and frustrated.

Light, Liberty and Life in the Son

The original deception of Satan in Eden’s garden was to promise light, liberty and life, but actually deliver darkness, slavery and death. The Son of God, Jesus Christ, came into the world to undo the works of Satan (1 John 3:8). This He accomplished through His death and resurrection. He gives true light to dispel the darkness; He gives true liberty, to burst sin’s chains; and he gives true life, to raise sinners from the deadness of their sin.

Turn to Christ and be truly enlightened, really free and forever alive.