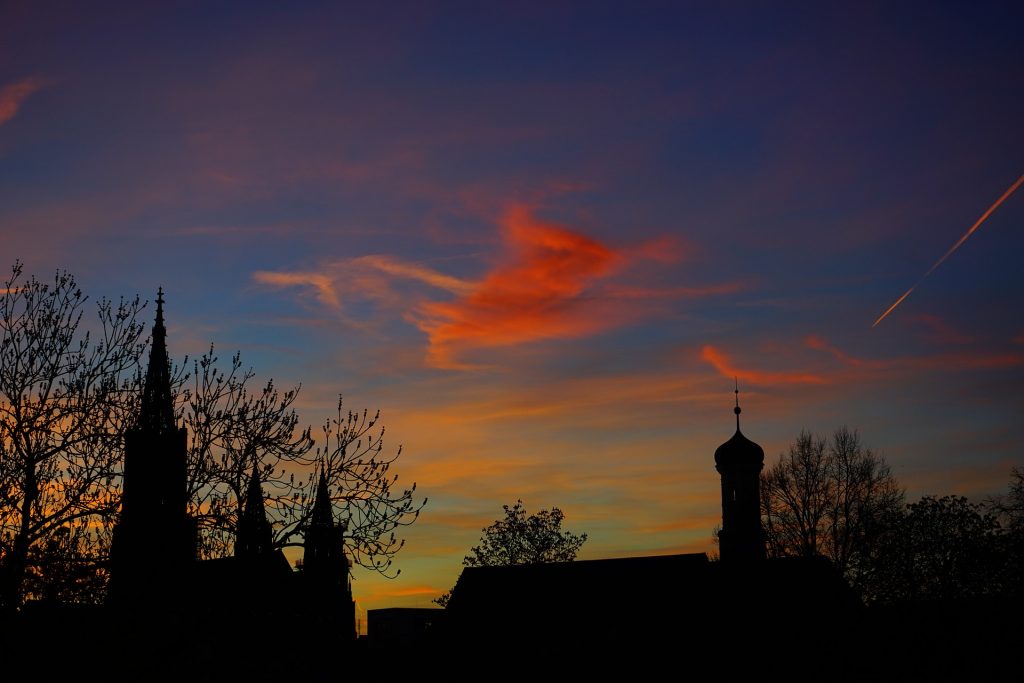 It was an auspicious and awe-inspiring moment. It also happened, one might add, quite unexpectedly – taking place where it did, in the hinterlands of the Judean wilderness. For there, at the Jordan River, for perhaps the first time in human history, the three persons of the eternal Godhead (the Father, the Son and the Holy Spirit) all revealed themselves at the same place at the same time. “In those days Jesus came from Nazareth of Galilee and was baptised by John in the Jordan. And when he came up out of the water, immediately he saw the heavens being torn open and the Spirit descending on him like a dove. And a voice came from heaven, ‘You are my beloved Son; with you I am well pleased’” (Mark 1:9-11).

This remarkable moment, apart from the narrative’s interest in the beginning of Christ’s public ministry, is the door to one of the most significant doctrines of the Bible. Here we are introduced to one of the foundations of divine truth, that the one true God eternally exists in three equal persons: God the Father (the voice from heaven), God the Son (baptised by John), and God the Holy Spirit (appearing as a dove). These persons are not to be confused; the Father is not the Son, for example, nor is the Holy Spirit the Father, yet each is fully and equally God. “I and my Father are one,” Christ said – united in essence, but discrete in personality, in the great mystery Reginald Heber called “God in three Persons, blessed Trinity”. And while the term “trinity” does not occur in Scripture, the concept is inherently biblical.

This doctrine of the holy Trinity, while “seen through a glass darkly” in former times (see Gen 1:1 and Isa 42:1), unfolds beautifully in the NT. What was implicit in the Old is now explicit in the New. From assertions that each of the persons possesses full deity, to carefully-crafted statements regarding their relationships to one another, the NT teaching is rich and unmistakable. From classic texts, “Go ye therefore, and teach all nations, baptizing them in the name of the Father, and of the Son, and of the Holy Ghost” (Matt 28:19 KJV), to “when the Helper comes, whom I will send to you from the Father, the Spirit of truth” (John 15:26), and “elect…according to the foreknowledge of God the Father, in the sanctification of the Spirit, for obedience to Jesus Christ” (1 Pet 1:1-2), God’s self-revelation is conclusively trinitarian. And Paul’s benediction to the Corinthian church permits no doubt: “The grace of the Lord Jesus Christ and the love of God and the fellowship of the Holy Spirit be with you all” (2 Cor 13:14). One God, three persons, holy Trinity!

To the objection that the doctrine of the Trinity was merely a notion of 4th century theologians (promoted, for example, in Dan Brown’s The DaVinci Code), the answer is quite simple. The Nicene affirmation, “We believe in one God, the Father Almighty…and in one Lord Jesus Christ, the Son of God, begotten of the Father, the only-begotten…very God of very God…and in the Holy Spirit,” was an attempt, not to create doctrine, but to articulate with greater clarity the NT teaching, which Christians had always believed. As F.F. Bruce has said, in emphasising the importance of clear and accurate biblical language in describing God, “Inasmuch as the deity of Christ and the doctrine of the Trinity are embedded in the New Testament…we must make the effort of wrestling with difficult terminology if we are not to fall an easy prey to misunderstanding or to actual heresy.”2 In other words, if you are going to talk about God, do it right!

It is against this background, then, that a contemporary heresy must be evaluated. A large denomination, the United Pentecostal Church International (UPCI), or, as they are more popularly known, “Oneness Pentecostals”, deny the doctrine of the tri-unity of God. They are exclusively monotheistic, erroneously claiming that the Father, Son and Holy Spirit are one and the same Person. They deny that there are three persons in the Godhead, allowing only different modes (thus, modalism), or “masks”, of the one Deity.

This false doctrine is called “Modalism”, and it is an ancient error. Likely first held by a Roman, Praxeus, it fell to an early third-century teacher, Sabellius (also from Rome), to popularise the view. In light of that, modalism is often called “Sabellianism”, or, less frequently, by the technical name “modalistic Monarchianism”. Error, however, by any other name is still error, and modalism is outright heresy.

As James Attebury explains, “In ancient modalism, the Father became the Son at the incarnation and then became the Spirit at Pentecost. In modern modalism, the primary focus is on Jesus who is [both] the Father and the Spirit.”3 This denies the simultaneous existence of Father, Son and Holy Spirit, as seen at the baptism of the Lord Jesus. It also leads to nonsensical ideas, such as the Lord Jesus being His own Father, and Christ’s prayer in John 17 being understood as Jesus’s human nature praying to His divine nature. And what could Christ’s statement, “the Father loves the Son” (John 5:20), possibly mean?

Sadly, this error is widely embraced today in many groups under the umbrella of the UPCI. First emerging in the embryonic Pentecostal movement around 1915, it is estimated that as many as 24 million people now imbibe this view. Equally tragic is the corollary, so frequently seen, that when there is error about the person of Christ, other errors abound. And so, to modalism has been added the necessity of baptismal regeneration, and the requirement to speak in tongues for salvation, both frontal assaults on the “sola fide” (faith alone) proclamation of the biblical gospel. In Newton’s unforgettable words, “You cannot be right in the rest, unless you think rightly of him.”

Praise God, from whom all blessings flow;
Praise Him, all creatures here below;
Praise Him above, ye heav’nly host;
Praise Father, Son, and Holy Ghost!

(Originally published on truthandtidings.com and used with permission)