5 Reasons Why Tongues Have Ceased 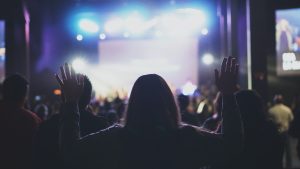 5 Reasons Why Tongues Have Ceased

Millions of people around the world claim to have the “gift of tongues” and to be able to “speak in tongues”. That the Bible speaks of such a gift is beyond dispute. The New Testament books of Acts and 1 Corinthians contain historical and doctrinal information relating to this gift.

Here are 5 reasons why the Biblical sign-gift of speaking tongues/languages has ceased:

1. The two-fold purpose of the “sign-gift” of tongues was fulfilled by the end of the 1st Century AD

b. Tongues were a sign of judgment on the nation of Israel. ‘Tongues’, from Babel onwards, have always been a sign of judgment. When Israel heard the tongue of the Assyrian invaders in the 8th Century BC it was a sign that judgment had arrived (Isa 28:11). This is the very verse quoted by Paul in 1 Cor 14:22 as he explains how the New Testament gift of languages was a sign to unbelieving Israel. When the judgment on Israel came in AD 70 with the destruction of Jerusalem by the armies of Roman, the nation was scattered and the purpose of the gift of tongues had been served.

Miraculous signs must by their very nature be rare events. They decrease in value as they increase in frequency. Thus there have only ever been a handful of definite ‘sign periods’ in Scripture between which there were centuries of deliberate gaps in the dealings of God with the nation. (The “sign periods” are connected with: 1. Moses, 2. Elijah and Elisha, 3. Jesus Christ, 4. the 12 apostles).

3. Tongues, once interpreted, were on the same level as prophecy, and prophecy has ceased

To prophesy in the language of one’s audience is better than to speak in tongues. However, once a message in tongues is interpreted into the language of a congregation, the content of the message is on the same level as prophecy. A person speaking in tongues spoke by divine inspiration – it was ‘God speaking’ and was therefore as authoritative as prophecy (1 Cor 14:5).

Since prophecy in Bible times was forth-telling and uttering the very word of God – not the mere ‘teaching’ of the Bible – prophecy has found its perfection with the completion of the 66 books of Scripture. This does not simply mean that extra verses can’t be added to the Bible. It means that no further inspired, authoritative communications come to people today other than those already found in the Bible.

During the time that the New Testament was being written there were many inspired prophecies that never made it into the Bible. They co-existed for a while with an incomplete New Testament and served as stop-gap revelations while Scripture was being compiled. Now that the Bible is complete (all 66 books), no further words, ideas, visions or prophecies can supplement its completed revelation. Thus tongues, as a form of prophecy, have ceased. Modern tongues-speaking (which began at 11.00pm on Jan 1st 1901) is therefore a de facto denial of the sufficiency of scripture.

That tongues was one of “the signs of the apostles” not only shows that the gift was particularly associated with the ministry of the 12 apostles and Paul, but clearly implies that once the apostles had passed away, the accompanying “apostolic sign gifts” must have passed from the scene too.

5. History confirms that the sign gifts did indeed cease

Two quotations from the Church Fathers will be a help to establish this point:

Chrysostom of Antioch (347-407AD) commenting on 1 Cor 12 stated: “…the obscurity is produced by our ignorance of the facts referred to and by their cessation, being such as used to occur but now no longer take place.” (Post Nicene Fathers, Vol 12, Page 168)

Augustine (354-430AD) commenting on 1st John wrote: “In the earliest times, ‘the Holy Ghost fell upon them that believed: and they spake with tongues’, which that had not learned, ‘as the Spirit gave them utterance’. These signs were adapted to the time. For there behoved to be that betokening of the Holy Spirit in all tongues, to show that the gospel of God was to run through all tongues over the whole earth. That thing was done for a betokening, and it passed away.” (Post Nicene Fathers, Vol 7, p. 498)

In conclusion, it is worth noting that even when the gift of tongues did exist, it was never a big issue among the churches. Out of 14 Pauline epistles, only 1 Corinthians even mentions the gift of tongues. 1 Corinthians was Paul’s 3rd epistle and was written in 57AD. There are only three historical incidents of speaking in tongues recorded in the Bible: Acts 2:1-12, Acts 10:44-48, Acts 19:1-7. In between each of these incidence, thousands of people were saved and baptized, but none of them is said to have spoken in tongues.

Comments and questions to: info@webtruth.org