Did the Lord Take Anything from Mary? 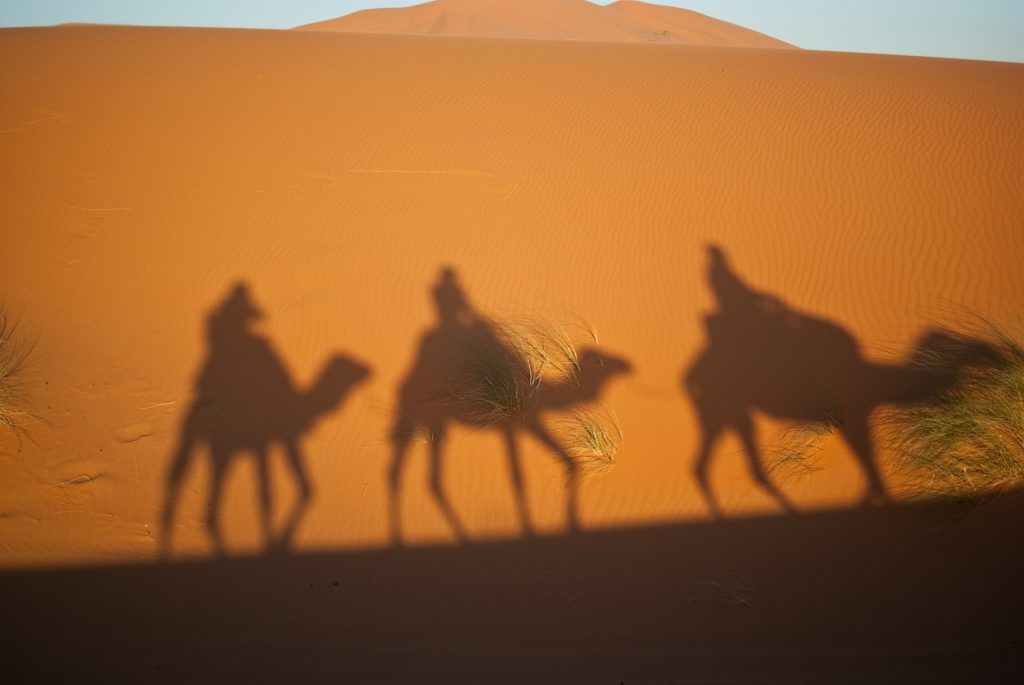 Did the Lord take anything from Mary?

Some have suggested that the physical body of the Lord Jesus was directly created by God from nothing. No physical or genetic link existed between Christ and Mary because God created the Lord’s body without using a mother’s ovum, just as He had done once before, in a different manner, with Adam in Eden. This, it is claimed, ensured Christ’s sinlessness when He became flesh.

This idea may be well intentioned, but it is wide of the mark for the following seven reasons:

Norman Geisler states: “To deny [Christ’s] genetic connection with Adam is implicitly and logically to deny His humanity. Therefore, despite its appeal, the creation view is a grave mistake…Any denial that Mary’s genes were in Jesus is a denial of His true humanity and consequently our redeemability…Mary was not simply a conduit for something that, genetically, was totally foreign to her. Mary’s baby was ‘made’ from her (Gal 4:4), was ‘like’ her (Heb 2:17) and therefore shared her human nature, just as all physical descendants share the nature of their mothers.”[3]

Exactly how the virgin conception took place we are not told, but a number of related matters are clear:

A Body Hast Thou Prepared Me

But does not Heb 10:5 say that God prepared a body for the Lord Jesus? Yes, but the Bible indicates that the fitting and framing of His body was accomplished, not by ‘creation from nothing’, but through the virgin conception (Isa 7:14). That is how His body was prepared. Nothing more than that should be read into Heb 10:5. Bear in mind that “a body hast Thou prepared Me” is a quotation, and a divinely sanctioned interpretive expansion, of the Hebrew sentence “mine ears hast Thou opened” from Psalm 40:6, where the emphasis is on the fact that the Lord came to do the will of God. To do God’s will, Christ must be endowed with a body. There is no justification for the view, either from Hebrews 10:5 or Psalm 40:6, that ‘the Lord took nothing from Mary’.

The idea that the Lord took nothing from Mary is one strand of a package of errors historically known as Valentinianism, named after a well-known and popular 2nd Century Egyptian gnostic called Valentinus (100-160AD). How do we know this? Because in a publication called Against Heresies, the ‘church father’ Irenaeus (130-202AD) refuted Valentinus’s belief that “Christ passed through Mary just as water flows through a pipe”.[5] This is the first known historical reference to the ‘incubator theory’, making it a very old heresy indeed. Referencing Irenaeus’s comment about Valentinus, William Harvey (a 19th century writer) observed: “Thus we may trace back to the gnostic period [to Valentinus’s time] the Apollinarian error, closely allied to the Docetic, that the body of Christ was not derived from the blessed virgin, but that it was of heavenly substance, and was only brought into the world through her instrumentality.”[6] Thus the idea that the Lord took nothing from Mary, far from being Biblical, is actually gnostic.

William Harvey’s comment about the Lord’s body being “heavenly substance” reminds us that care is needed when referring to the Lord’s humanity. If, now that the Lord Jesus has been exalted to heaven, reference is made to His “heavenly humanity”, meaning that there is a real “man in the glory” in a real human glorified body, that would be acceptable language. But the expression “heavenly humanity” should never be used to refer to Christ’s incarnational entry into this world, because His humanity involved Mary’s earthly substance. In comments on the meal offering in the 1st edition of Notes on the Book of Leviticus (1860), C.H. Mackintosh, one of the great Bible expositors of the 19th Century, caused some upset by referring the Lord’s manhood as “heavenly humanity”. Some leading brethren rightly objected to Mr Mackintosh’s turn of phrase, so the words were removed from the 1861 edition.[7] William Kelly, a contemporary expositor with Mr Mackintosh, correctly taught that the Lord derived His human nature from Mary [8] and that He was “of the very substance of His mother”.[9]

When drawing up the Westminster Confession of Faith in 1646, the authors included the following paragraph (Ch 8, Para 2): “The Son of God, the second person of the Trinity, being very and eternal God, of one substance and equal with the Father, did, when the fullness of time was come, take upon Him man’s nature, with all the essential properties, and common infirmities thereof, yet without sin; being conceived by the power of the Holy Ghost, in the womb of the virgin Mary, of her substance.” Note carefully the last three words: “of her substance”. This was inserted to refute Valentinianism, which certain Anabaptists had revived in the post-Reformation period.[10] Theologians living at that time in history strove to uphold the truth that, in the words of a Matthew Poole (1624-1679), “…His body was formed in the womb of the virgin, and He was flesh of her flesh…” (emphasis added)[11].

The Second Man is the Lord from Heaven

But does not 1 Corinthians 15:47 say “The second man is the Lord from heaven”? Surely this implies that the Lord’s manhood was of heavenly origin and took nothing from Mary?

First, even if 1 Cor 15:47 were speaking about the origin of the Lord’s body, it would be stretching it wildly to build Valentinianism on that verse. But, second, the expression “the second man is from heaven” actually refers to the glorified condition of Christ’s body now at the Father’s right hand, not to its origin at the time of the incarnation. The contrast in the verse is between Adam’s natural body and the Lord’s risen glorified body. Jack Hunter helpfully points this out: “the prominent idea [in 1 Cor 15:47] is not so much origin as association. The omission of the article before ‘earth’ and ‘heaven’ lays emphasis on what is characteristic. It is true that in origin Adam was ‘out of the earth’, but he was also ‘earthly’. It is true too that Christ came from heaven, but He clearly is ‘heavenly’. It would seem from the context that ‘the second man from heaven’ must refer to Christ in exaltation.”[12] The next two verses confirm this: though we were born into the world with a body like Adam’s earthly body, in heaven we will have a glorified heavenly body like the one the Lord Jesus has now.

The Silence of Scripture

Some will defend their rejection of both a real conception in Mary and a gestational connection to Mary by saying, “Where Scripture is silent, let us be silent.” But if Scripture is truly silent about what actually happened in the womb of Mary, whence their ‘incubator theory’? Besides, there is no shame in holding to a position on which Scripture is ‘technically silent’ (that is, where Scripture may not directly address an issue), providing it fits with the general tenor of Scripture and is clearly implied. For example: did the Lord Jesus ever marry? No, you say. But how can you be sure? Scripture is silent. Do you see where that kind of reasoning can lead? Clearly one can confidently answer this question in the negative because the general tenor of Scripture – both historical and theological – indicates that Christ never married. In the same way, the principles outlined in this article allow us to refute the ancient Valentinian heresy that the Lord took nothing from Mary.

J.N. Darby once wrote, “The true humanity of Christ is a fundamental truth, and His person and salvation are given up if it be touched. We cannot be too jealous of it, or count it too precious.”[13] May the Lord help us to stand for the Biblical truth that the Lord Jesus was conceived in the womb of Mary, was connected to Mary, and is therefore physically and genetically related to us in His perfect, real and sinless humanity. Touching, as it does, on the nature of Christ’s person, the veracity of Scripture, and our own redeemability, there could scarcely be a more serious issue to contemplate.

(This article appeared in the Believer’s Magazine in August 2019)

[See also Christ, of the Substance of Mary – A History of the Defence of the Doctrine)