The Most Common Objection to God – Answered 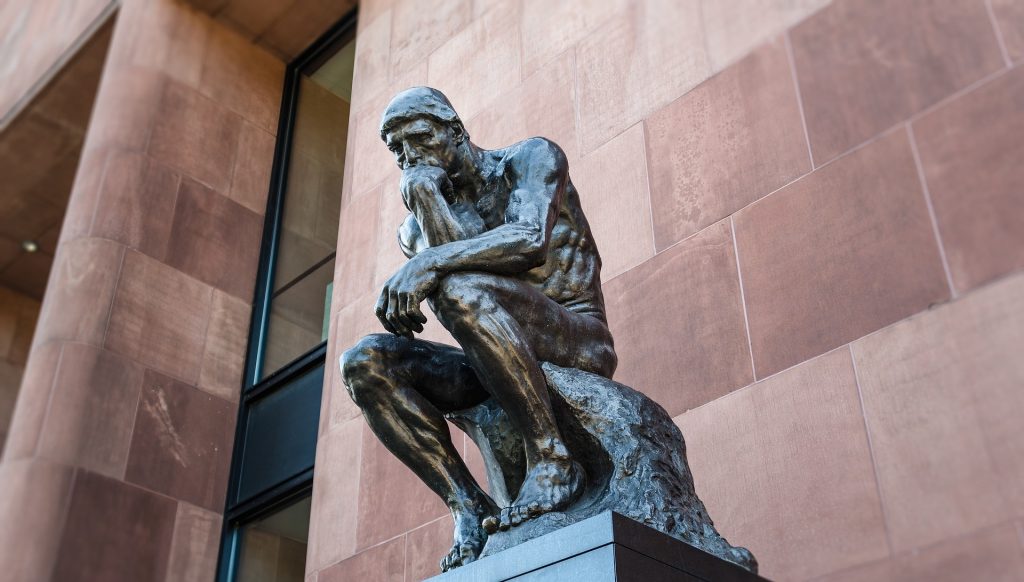 The Most Common Objection to God – Answered

The most common objection to the God of the Bible is not “how did Noah get all the animals onto the ark?”, nor even “Where did Cain get his wife?”. Ask the average atheist why he doesn’t believe in God and he’ll simply say, “There’s no evidence.”

The Bible challenges that claim in Acts 14:17, stating that throughout history “God has left not Himself without witness.” God has left a trail of evidence behind Him for all to see. In fact, a few pages later, in Romans 1, the Bible says that God has shown himself so clearly that the whole of humanity is “without excuse”.

I’m going to share 5 evidences with you, but before I do so, I want you to understand two things:

Let me illustrate. Imagine for a moment, being taking on a tour of a country estate. Your guide shows you a number of special items that showcase the ingenuity and creativity of the owner. The garden, the lake, the fountain, the maze. But even though those specific things have special significance, the fact remains that every blade of grass under your feet belongs to the owner. And so it is with God. Everything was created by God, everything belongs to God and everything is therefore evidence for God.

So, to five key evidences:

Hold your smallest fingertip at arm’s length. How many stars is your nail hiding? A hundred; a thousand; a million? The number is actually 18 million. But here’s the catch. It’s not 18 million stars, it’s 18 million galaxies, each containing over 100 billion stars. That’s why 19th Psalm says “The heavens declare the glory of God.”

“God has not left himself without evidence”.

Now, let’s go for something much smaller.

It is estimated that there are around about 500 billion machines in the world. I’m talking about petrol engines, electric motors and the like. Now, take another look at the tip of your smallest finger. Did you know there are more protein machines in the tip of your finger than there are big machines in the whole world? Machines? Yes, real machines. Just google “molecular machines”. Things like protein valves, protein pumps, protein motors. And the proteins of which they are made have to be coded for by DNA so that they fold and function in specific ways. If you do the maths, you’ll discover that there isn’t enough time, in all of evolutionary history, to produce just one such protein – never mind a protein machine – by chance. Said David the Psalmist, “I will praise You; for I am fearfully and wonderfully made” (Psa 139:14).

1 Cor 15:3-4 says “Christ died for our sins according to the Scriptures…He was buried and He rose again the 3rd day according to the Scriptures”. When it says “according to the scriptures” it doesn’t mean “in the opinion of the Bible”. It’s saying Christ died for our sins in accordance with the predictions of Scripture written hundreds of years before He was born. For example, Psalm 22:16 says of Christ “They pierced my hands and my feet”. This clear reference to His crucifixion was written hundreds of years before the Persians invented that particular form of death, and a whole millennium before Christ died. Dozens of other such verses could be cited to demonstrate that the Bible is a divine book.

When the Lord Jesus was on earth, He claimed that His words and His works proved He came from God. Jerusalem’s leading Rabbinical teacher, a man called Nicodemus, said “No man can do these miracles except God be with him”. In other words, the miracles, the life, the death and the resurrection of this one unique person, Jesus Christ, is evidence for God.

5. The gospel-transformed lives of millions of people

There was a Canadian-born minister years ago called Harry Ironside. One day, in San Francisco, a skeptic called Arthur Lewis challenged him to a debate on the topic of “Agnosticism vs the Bible”. “I will agree to this debate on one condition,” Mr Ironside replied. “You bring two people, one man and one woman, both of whose lives were utterly wretched and broken by alcoholism and immorality, but who through attending your lectures on the glories of agnosticism were transformed into model citizens who went on to live consistent upright lives of usefulness and benevolence. Do that, and I will bring with me at least 100 such men and women who for years lived in just such a condition but who heard the gospel and became godly followers of Christ. Arthur Lewis, with wave of a hand, said “Nothing doing” and walked away.

Now, here’s my point. If you have a problem with God, it is not a lack of evidence. The problem is not that you can’t believe in God. It’s that you won’t. Your atheism is not an intellectual issue; it’s a moral issue. It’s not a matter of the mind, so much as a matter of the will. And the reason is simple. You have a vested interest in saying “There’s no evidence”; because to acknowledge God would be to put an infinite obstacle between yourself and your autonomy. It would put a divine spanner in the works, for if there’s a God your lifestyle of sin and self-interest will have to change.

So, instead, in the words of Romans 1, you suppress the truth. You tell yourself “there is no God”, so you can carry on in sin without worrying that there’ll be a pay day some day. You don’t want to find God for the same reason a thief doesn’t want to find a Policeman. You say “there’s no evidence”, but that’s not the real problem.

Bottom line? It’s time to stop pretending and get real. To repent, to forsake your own way and turn to God.

But you say, that’s not me. My problem with God isn’t hedonism. My problem is pain. I’ve lost a loved one. I have a severe illness. I’m enduring financial hardship. If there’s a God why is there all this evil, injustice and unfairness in the world?

That’s a powerful question, which deserves a thoughtful answer.

The first part of the answer must be to point out that if there’s no God, there is no such thing as evil. To distinguish good from evil you need an external standard. A law. But a law demands a law giver, and without God there is no law giver, and therefore no objective way of distinguishing between good and evil. World famous atheist Richard Dawkins describes the world like this: “No design, no purpose, no evil, no good, nothing but blind pitiless indifference.” So, far from disproving the existence of God, evil, to exist as an objective reality, actually requires the existence of God.

The reason there is evil in the world is because we have free will. Rather than make us robots who had to love Him, God made us free creatures. In doing so God allowed for the fact of evil, while we committed the act of evil. So, moral evil, and the natural evil or the natural disasters that followed hard on its heels, is entirely humanity’s fault.

But here’s the amazing thing. When we brought sin into the world at the beginning, God could have washed His hands of us and condemned us all to hell. But He didn’t. He provided a remedy. And what a remedy! Christianity doesn’t just offer a theoretical answer to evil and suffering. In fact, it doesn’t so much offer an answer, as an answerer. God came into our world and took flesh in the person of Jesus Christ. God laid aside His immunity to pain. He entered a world of blood, sweat and tears. Jesus Christ, who is God, suffered torment, and agony, and all the ugly results of sin, in his crucifixion.

But there’s more. On the cross He suffered divine judgment on behalf of rebel sinners. He suffered the wrath of God against sins not His own. Then, having totally satisfied God’s righteous requirements against sin, He cried “It is finished”. He died and rose again and now sits at the right hand of God.

People who repent and trust in Jesus Christ as Lord and Saviour are forgiven on the basis the sacrifice of Christ on the cross. They receive new life and are guaranteed a place in heaven eternally. But in the meantime, they are not immune from suffering. Believers in Christ suffer, they get ill, they die. But they know two things. First, one day God will wipe away all tears from their eyes. Eternity with Christ will more than compensate for all the woes of earth. Second, in the meantime, they have a Saviour who has been through the trials of earth before them, who sympathises with them and comforts them in all their troubles. As Corrie Ten Boon learned in the Ravensbrook concentration camp in World War 2, “There is no pit so deep, that He is not deeper still.”