The Bible Validates Itself 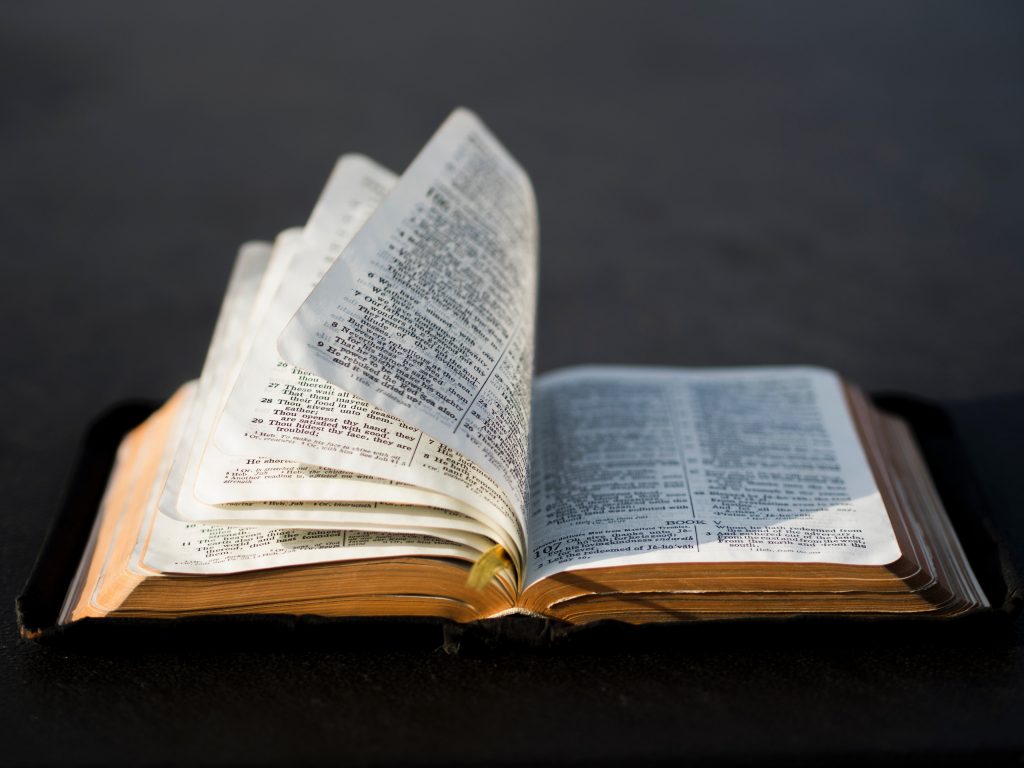 The Bible Validates Itself

The Bible needs no external authority to validate it. Scripture is self-authenticating and bears the unmistakable stamp of divine authorship, as John Parkinson explains.

In our pluralistic age we often hear the Bible described as merely another source of divine inspiration alongside the sacred texts of the Muslims, Hindus, Buddhists and Sikhs. It is also argued that the Bible makes its own claim to be the word of God and that therefore the claim cannot be valid. Why should anyone believe what the Bible says about itself?

The question may be posed in a spirit of unbelief, or it may be asked by a genuine seeker who wants help on the subject. For the benefit of the genuine enquirer, we propose to show that the Bible is not like any other book, but that it is self-validating, self-interpreting, self-consistent and self-contained.

1)  The Bible is self-validating

The Bible makes stunning claims about itself. For example, Paul advises Timothy that, “All scripture is given by inspiration of God, and is profitable for doctrine, for reproof, for correction, for instruction in righteousness…” (2 Tim 3:16-17).  Is there any way that this claim can be validated?

The Bible was written over a time span of approximately fifteen-hundred years by about forty different writers. The earlier authors made many detailed predictions about events which would happen later. On the road to Emmaus, the Lord Jesus told the two disciples, “O fools, and slow of heart to believe all that the prophets have spoken: Ought not Christ to have suffered these things, and to enter into his glory?  And beginning at Moses and all the prophets, he expounded unto them in all the scriptures the things concerning himself” (Lu 24:25-27). Later that evening the Lord appeared to the disciples and said, “These are the words which I spake unto you, while I was yet with you, that all things must be fulfilled, which were written in the law of Moses, and in the prophets, and in the psalms, concerning me. Then opened he their understanding, that they might understand the scriptures…” (Lu 24:44-45).

This gives us the key to understand how the Bible is self-validating. Many of the prophecies which were written in the Old Testament (OT) were fulfilled in the New Testament (NT) with accuracy that defies all natural explanations.

The above list is by no means exhaustive. There are other prophecies which relate to the nation of Israel and to the wider Gentile world, many of which have been fulfilled and many yet to be fulfilled. Thus, by checking the OT prophecies against their fulfilment in the NT, we can see that the Bible is manifestly demonstrated to be true, accurate and divinely inspired. We have every good reason to believe what the Bible says about itself. No other book in existence is self-validating in this way.

2) The Bible is self-interpreting

The Bible is its own interpreter. Believers in any culture, with a reasonable translation of the Bible in their own language, will be able to read and understand the scriptures for themselves. To draw out the teaching of a passage we must compare scripture with scripture. Paul tells the Corinthian Christians that the natural man cannot discern spiritual truth, whereas believers have the Spirit of God to illuminate the scriptures, “Which things also we speak, not in the words which man’s wisdom teacheth, but which the Holy Ghost teacheth; comparing spiritual things with spiritual” (1 Cor 2:13). Thus, the believer can come to an understanding of a passage by comparing scripture with scripture as led by the Spirit of God.

Peter tells us that no one has the right to make a private interpretation, “Knowing this first, that no prophecy of the scripture is of any private interpretation. For the prophecy came not in old time by the will of man: but holy men of God spake as they were moved by the Holy Ghost” (2 Pet 1:20).  In other words, no one can claim divine authority to interpret scripture. Any such claims by a ‘church’ to be the sole interpreter of scripture must be rejected. Individual Christians can read and understand the Bible, precisely because it is self-interpreting.

3)  The Bible is self-consistent

The Bible, which never contradicts itself, should be read in its totality in the knowledge that it has one true unified meaning. The great themes of creation, redemption and glorification are dealt with progressively throughout the Bible in total harmony and agreement. But without doubt, the over-arching theme of scripture is God’s revelation of Himself in His Son. The Lord Jesus said, “Search the scriptures; for in them ye think ye have eternal life: and they are they which testify of me” (Jo 5:39).

Some have claimed that there are contradictions and inconsistencies between the OT and the NT.  For example, why were animal sacrifices required in the OT but discontinued in the NT? Why were food restrictions necessary under the law but not under grace? Why were believers required to keep holy days in the OT but not in the NT?

There is nothing contradictory between the OT and the NT. The coming of Christ has fulfilled the types and shadows of the OT. The offerings of the OT have fulfilled their purpose in pointing to Christ, but now that Christ has come they are no longer necessary. The food laws demanded a separation from Gentile diet and from what was ceremonially unclean, but Christ has now declared all foods clean, thus bringing the Gentile into equal blessing with the Jew. The holy days, such as the Sabbath, new moon and the annual feasts of Jehovah, are all fulfilled in Christ and are not part of the church’s calendar. There are no feast days given to the church.

Paul explains to the Colossians, “So let no one judge you in food or in drink, or regarding a festival or a new moon or sabbaths, which are a shadow of things to come, but the substance is of Christ” (Col 2:16-17 NKJV).  There is a unity between the OT and the NT which is finally and fully expressed in Christ. The whole Bible is non-contradictory and is self-consistent from beginning to end.

4) The Bible is self-contained

The Bible is a completely self-contained book. Jude tells us that all that we need has been delivered, “Beloved, while I was very diligent to write to you concerning our common salvation, I found it necessary to write to you exhorting you to contend earnestly for the faith which was once for all delivered to the saints” (Jude 3 NKJV). In other words, the revelation of scripture is complete – there is nothing more to add.

The Lord Jesus said, “Heaven and earth shall pass away, but my words shall not pass away” (Mat 24:35). The Bible will never be revised, corrected, updated, withdrawn or declared obsolete. In fact, the Bible will outlive the universe.

Some key truths about the Scriptures:

The Bible is not like any other book.  We have sought to show that the Bible is self-validating, self-interpreting, self-consistent and self-contained. On the eve of the crucifixion, the Lord Jesus prayed to His Father concerning His disciples, “I have given them thy word…Sanctify them through thy truth: thy word is truth” (John 17:14 & 17). The Christian can contend for the faith in total confidence regarding the inspiration, accuracy, harmony and truth of the Bible.