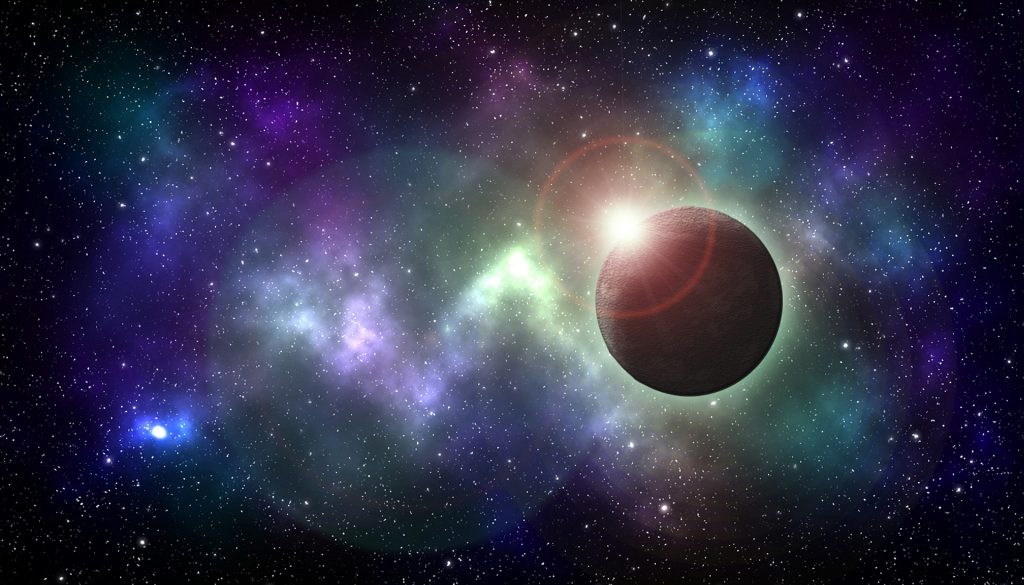 From Augustine and Thomas Aquinas in the past, to John Lennox and William Lane Craig in the present, there has been a steady stream of formidable Christian apologists throughout history who have furnished the world with ample convincing arguments for the existence of God. Look out for the cosmological, teleological, moral, ontological and contingency arguments – to name a few – if you wish to explore further.

The classic arguments for the existence of God are certainly not useless, but neither are they necessary. Human beings are made in the image of God and are endowed with a sensus divinitatis. That is to say, humanity possesses an innate awareness of God’s existence. The human mind is not a blank slate. It is not only fitted with an inbuilt knowledge of right and wrong – a conscience – but has all the necessary divinely implanted noetic equipment to instantly recognise its Creator in the creation around it.

God is obvious, and He is on universal display 24/7. “That which may be known of God is manifest among them, for God has showed it unto them. For the invisible things of Him are clearly seen being understood by the things that are made…so that they are without excuse” (Rom 1:19-20).

When questioned as to what he would say if God asked him on judgment day, “Why didn’t you believe in Me?, the famous atheistic philosopher Bertrand Russell (1872-1970) replied, “I would say, ‘Not enough evidence, God. Not enough evidence’.”

Time to wheel out the cosmological, teleological, moral, ontological and contingency arguments perhaps? Don’t bother. When atheists like Russell exclaim “not enough evidence”, they’re not being honest. Even allowing for the fact that the human mind is clouded and darkened by sin and unbelief, the Bible still asserts that a rejection of God is deliberate and inexcusable (Rom 1:18-21). It is an ill-motivated attempt to suppress an ‘inner knowing’. Atheism is a symptom of a moral, not an intellectual problem.

What else could it be? Faced with the beauty of a rainbow, the symmetry of DNA, the magnificence of the starry heavens and the complexity of the human body, God is the only credible explanation. In any case, why would anyone want to remove God from the equation? Why would anyone want to live in a world without objective meaning, without objective right and wrong, without free will? A world where the love of a spouse is reduced to nothing more than the random firing of neurons, where nothing you’ve ever accomplished has transcendent significance and where death ends all?

But that loss would be well worth it for a philosopher who wants to live a life without ultimate accountability to God. After all, Bertrand Russell was “misogynistic and a serial adulterer; a chronic seducer of women, especially very young women, even in his old age.”1 And what about Eton educated atheist Aldous Huxley (1894-1963), author of Brave New World? He gave the game away years ago. Said he,  “I had motives for not wanting the world to have meaning; consequently assumed it had none, and was able without any difficulty to find satisfying reasons for this assumption…For myself as, no doubt for most of my contemporaries, the philosophy of meaninglessness was essentially an instrument of liberation. The liberation we desired was simultaneously liberation from a certain political and economic system and liberation from a certain system of morality. We objected to the morality because it interfered with our sexual freedom; we objected to the political and economic system because it was unjust.”2

When Peter Hitchens was asked why he thought his late atheistic brother Christopher was so wildly popular in North America – why he had become a ‘rock star’ with the college crowd – Peter replied, “The college generation in the US, brought up in religious homes under the influence of pastors, going to church, then going to college wanting to live a life of sex and drugs and rock and roll, and really being delighted to find an articulate, educated voice [Christopher’s] saying to them ‘That’s OK, all your pastors are stupid, all the religious ideas you’ve been fed are bunkum, and what your parents have told you doesn’t count for anything’…that’s what did it.”

For readers who are not deliberately suppressing thoughts of God, and who are willing to let the evidence all around them agree with the God-implanted theistic disposition resident within them, consider the following 7-fold witness to God’s eternal power and divinity:

1. The magnificence of the universe exhibits God’s glory
The 19th Psalm eloquently states, “The heavens declare the glory of God; and the firmament showeth his handiwork.” The utter magnificence of the night sky cries out “There is a God!” and rings the bell of the knowledge of God within the soul of man.

2. The immensity of the universe exhibits God’s power
The numbers change constantly, but with a current estimate (2016) of a total of 170 billion galaxies each containing 400 billion stars, that’s a septillion huge hot balls of gas, each one trillions of miles from the next. What power brought it forth? Psalm 33:6-9 answers, “By the word of the LORD were the heavens made…For He spake, and it was done; He commanded, and it stood fast.” Every human being, aside from philosophical argument and debate, has deep within them that which recognises God’s power on display in the immensity of the cosmos.

3. The variety in the universe exhibits God’s creativity
Think for a moment of the thousands of species, of systems and of structures in God’s creation. The vast array of colours, patterns, forms, components and laws. Says Kenneth G. Libbrecht, professor of physics at the California Institute of Technology (Caltech) and author of The Art of the Snowflake, “…it’s unlikely that any two complex snow crystals, out of all those made over the entire history of the planet, have ever looked completely alike.” Of the 7 billion people on planet earth, your eyes are unique, your face is unique and your set of fingerprints is unique. Take a look…and listen for the witness in your own heart that there is a God.

4. The beauty in the universe exhibits God’s perfection
From the Crab Nebula in the constellation of Taurus, to the wonder of mathematics, to the Aurora Borealis, to what the King James version of the Bible quaintly calls “the goodly wings of a peacock” (Job 39:13), the beauty in God’s creation is breathtaking. It takes a genuine effort to dismiss it all as chance, as possessing no true objective beauty. In his autobiography, Sir Francis Crick (1916-2004), the famous British atheistic scientist and co-discoverer of the structure of DNA, states candidly that biologists must remind themselves daily that what they study was not designed, but rather evolved. Suppressing the sensus divinitatis, atheists prefer to exchange the truth of creation for lie of naturalism (Rom 1:25).

5. The complexity in God’s universe exhibits God’s wisdom
The body is estimated to contain somewhere between 50 and 75 trillion cells3 each one containing 3 billion base pairs. As Richard Dawkins puts it, “a digitally coded database larger in information content than all 30 volumes of the Encyclopedia Britannica put together”. Consider also that while a human hair is 75,000 nanometres thick, DNA is just 2 nanometres thick, and if the DNA from every cell in an adult body were placed end to end, the chain would be billion of miles long. Think of it – billion of miles of complex specified information in every human being, 2 nanometres thick. Truly we are “fearfully and wonderfully made” (Psa 139:14).

Anthony Flew (1923-2010), perhaps the 20th century’s most famous atheist, abandoned atheism “almost entirely because of the DNA investigations.” Said Flew refreshingly, “What I think the DNA material has done is that it has shown, by the almost unbelievable complexity of the arrangements which are needed to produce (life), that intelligence must have been involved in getting these extraordinarily diverse elements to work together. It’s the enormous complexity of the number of elements and the enormous subtlety of the ways they work together. The meeting of these two parts at the right time by chance is simply minute. It is all a matter of the enormous complexity by which the results were achieved, which looked to me like the work of intelligence.”4

6. The harmony in the universe exhibits God’s skill
From the intricate double helix of DNA, to the symbiosis between animals and plants, to the symmetry of the human face and body, the harmony of creation exhibits the skill, wisdom and creativity of none less than a Divine Being. As you read this you are standing on a planet that revolves on its axis once every 23 hours and 56 minutes, around which a moon orbits once every 27 days, 7 hours, 43 minutes and 11.6 seconds, both of which orbit the sun every 365.25636 days. Your divinely-endowed faculty of reason, combined with your inbuilt awareness of your Creator, immediately recognises divine design in the perfection of the solar system. Only wilful blindness could put this incredible celestial wonder down to a chance explosion from “nothing”.

7. The suitability of the universe exhibits God’s goodness
The ‘anthropic principle’ posits that the universe appears to be designed for the sake of human life. Most people with a reasonable childhood education are aware that were we 5% nearer to the sun the oceans would boil; were we 5% further away they would freeze. But who knows that if the ratio of the gravitational force constant to the electromagnetic force constant differed from its value by any more than one part in ten thousand trillion trillion trillion, life would be impossible? Our universe features dozens of such finely-tuned characteristics, which led the Templeton Prize winning Freeman John Dyson (1923-) famously to remark, “As we look out into the Universe and identify the many accidents of physics and astronomy that have worked together to our benefit, it almost seems as if the Universe must in some sense have known that we were coming.”5

Faced with the anthropic principle atheists promptly invented the “multiverse”. Having complained for centuries that theists had “no evidence for God” and having argued for years, in the words of Carl Sagan, that “extraordinary claims require extraordinary evidence”, atheists conveniently conjured up a “multiverse” out of thin air with zero evidence to substantiate their claim.

Psalm 14 opens with a blunt, unflattering but true statement; “The fool hath said in his heart, ‘There is no God’.” That’s it – the heart of the problem is the problem of the heart. Theologian A.T. Robertson diagnosed it well: “Truth is out in the open, but wicked men, so to speak, put it in a box and sit on the lid and hold it down in unrighteousness.” They don’t “follow the truth wherever it leads” nor do they allow it to take hold of their own hearts.

In the words of Robert L. Taylor, Governor of Tennessee from 1887-1891, “What intelligence less than God could fashion the human body? What power is it, if it is not God, that drives that throbbing engine, the human heart, with ceaseless, tireless stroke, sending the crimson streams of life bounding and circling through every vein and artery? Whence, and what, if not of God, is this mystery we call the mind? What is it that thinks and feels and knows and acts? God is everywhere…His mystery is in every bud, and blossom, and leaf, and tree; in every rock, and hill, and vale, and mountain; in every spring, and rivulet, and river. The rustle of His wing is in every breeze; its might is in every tempest. He dwells in the dark pavilions of every storm cloud. The lightning is His messenger, and the thunder is His voice. His awful tread is in every earthquake and on every angry ocean; and the heavens above us teem with His myriads of shining witnesses. The universe of solar systems whose wheeling orbs course the crystal paths of space proclaim through the dread halls of eternity, the glory, and power, and dominion, of the all-wise, omnipotent, and eternal God.”

God is obvious, and only the wilfully blind cannot see Him.