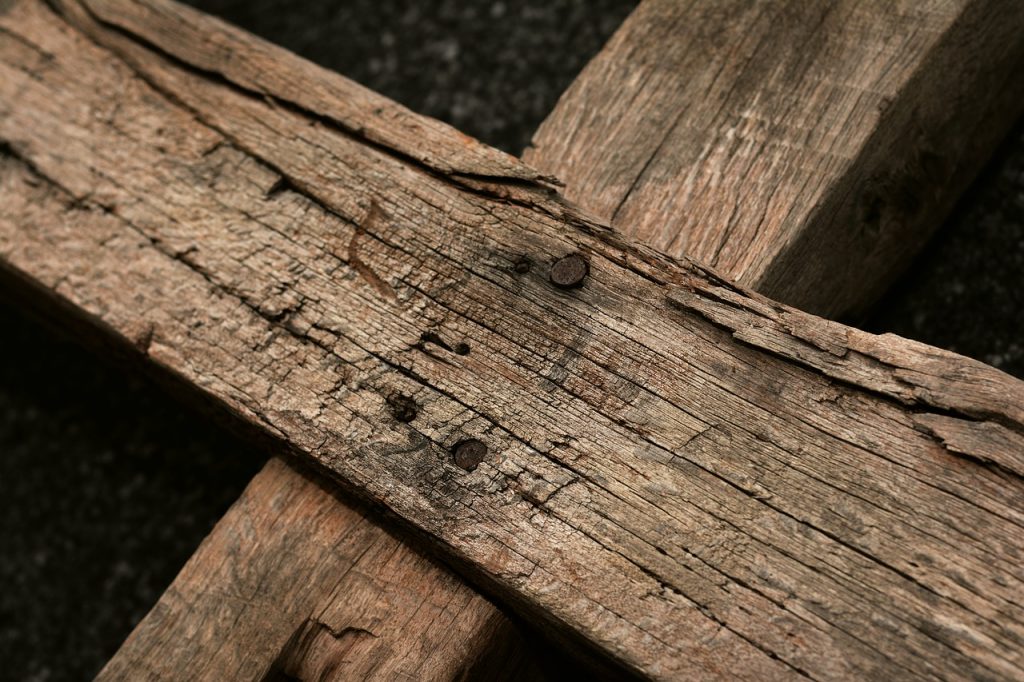 “Then Jesus said to His disciples, “If anyone desires to come after Me,
let him deny himself, and take up his cross, and follow Me.” (Matthew 16:24)

All unannounced and mostly undetected there has come in modern times a new cross into popular evangelical circles. It is like the old cross, but different; the likenesses are superficial, the differences fundamental.

From this new cross has sprung a new philosophy of the Christian life; and from that new philosophy has come a new evangelical technique, a new type of meeting and a new kind of preaching. This new evangelism employs the same language as the old, but its content is not the same and its emphasis not as before.

The old cross would have no truck with the world. For Adam’s proud flesh it meant the end of the journey. It carried into effect the sentence imposed by the law of Sinai. The new cross is not opposed to the human race; rather, it is a friendly pal, and if understood aright, it is the source of oceans of good clean fun and innocent enjoyment. It lets Adam live without interference. His life motivation is unchanged; he still lives for his own pleasure, only now he takes delight in singing choruses and watching religious movies instead of bawdy songs and drinking hard liquor. The accent is still on enjoyment, though the fun is now on a higher plane morally, if not intellectually.

The World But At A Higher Level

The new cross encourages a new and entirely different evangelistic approach. The evangelist does not demand abnegation of the old life before the new life can be received. He preaches not contrasts but similarities. He seeks to key into public interest by showing that Christianity makes no unpleasant demands; rather it offers the same things the world does, only on a higher level. Whatever the sin-mad world happens to be clamouring after at the moment is cleverly shown to be the very thing the gospel offers; only the religious product is better.

The new cross does not slay the sinner, it redirects him. It gears him into a cleaner and jollier way of living and saves his self-respect. To the self-assertive it says, “Come and assert yourself for Christ”. To the egoist it says, “Come and do your boasting in the Lord”. To the thrill seeker it says, “Come and enjoy the thrill of Christian fellowship”. The modern message is slanted in the direction of the current vogue, thereby catering to human taste and reasoning.

The philosophy back of this kind of thing may be sincere, but its sincerity does not save it from being false. It is false because it is blind. It misses completely all the meaning of the cross.

A Symbol Of Death Or Of Redirection?

The old cross is a symbol of death. It stands for the abrupt violent end of a human being. The man in Roman times who took up his cross and started down the road had already said goodbye to his friends. He was not coming back. He was not going to have his life redirected; he was going out to have it ended. The cross made no compromise, modified nothing, spared nothing, it slew all of the man, completely and for good. It did not try to keep on good terms with its victim. It struck swift and hard, and when it had finished its work the man was no more.

The race of Adam is under death sentence. There is no commutation, and no escape. God cannot approve any of the fruits of sin, however innocent they may appear or beautiful to the eyes of men. God salvages the individual by liquidating him, and then raising him again to newness of life. God offers life, but not an improved old life.  The life He offers is life out of death.  It stands always on the far side of the cross.  Among the plastic saints of our times Jesus has to do all the dying and all we want is to hear another sermon about His dying. We want to be saved but we insist that Christ do all the dying.  No cross for us, no dethronement, no dying.  We remain king within the little kingdom of Mansoul and wear our tinsel crown with all the pride of a Caesar; but we doom ourselves to shadows and weakness and spiritual sterility.

Not Diplomats But Prophets

That evangelism which draws friendly parallels between the ways of God and the ways of men is false to the Bible and cruel to the souls of the hearers. The faith of Christ does not parallel the world; it intersects it. In coming to Christ we do not bring our old life up onto a higher plane; we leave it at the cross. The corn of wheat must fall into the ground and die. We who preach the Gospel must not think of ourselves as public relations agents sent to establish good will between Christ and the world. We must not imagine ourselves commissioned to make Christ acceptable to big businessmen, or the Press, or the world of sports, or modern education. We are not diplomats but prophets, and our message is not a compromise but an ultimatum.

God offers life, but not an improved old life. The life He offers is life out of death. It stands always on the far side of the cross whoever would possess it must pass under the rod. He must repudiate himself and concur in God’s just sentence against him.

So subtle is self that scarcely anyone is conscious of its presence. Because man is born a rebel, he is unaware that he is one. His constant assertion of self, as far as he thinks of it at all, appears to him a perfectly normal thing.  He is willing to share himself, sometimes even to sacrifice himself for a desired end, but never to dethrone himself.  Sin has many manifestations, but its essence is one.  A moral being, created to worship before the throne of God, sits on the throne of his own selfhood and from that elevated position declares, “I AM”.  That is sin in its concentrated essence; yet because it is natural it appears to be good.

“What shall we do?” (Acts 2:37) is the deep heart cry of every man who suddenly realises that he is a usurper and sits on a stolen throne. There must be a work of God in destruction before we are free.  We must invite the cross to do its deadly work within us. Our uncrucified flesh will rob us of purity of heart, Christ-likeness of character, spiritual insight, fruitfulness; and more than all, it will hide from us the vision of God’s face.

What does this mean to the individual, the condemned man who would find life in Christ Jesus? How can this theology be translated into life? Simply, he must repent and believe. He must forsake his sins and then go on to forsake himself. Let him cover nothing, defend nothing, excuse nothing. Let him not seek to make terms with God, but let him bow his head before the stroke of God’s stern displeasure.

Having done this let him gaze with simple trust upon the risen Saviour, and from Him will come life and re-birth and cleansing and power. The cross that ended the earthly life of Jesus now puts an end to the sinner, and the power that raised Christ from the dead now raises him to a new life along with Christ.