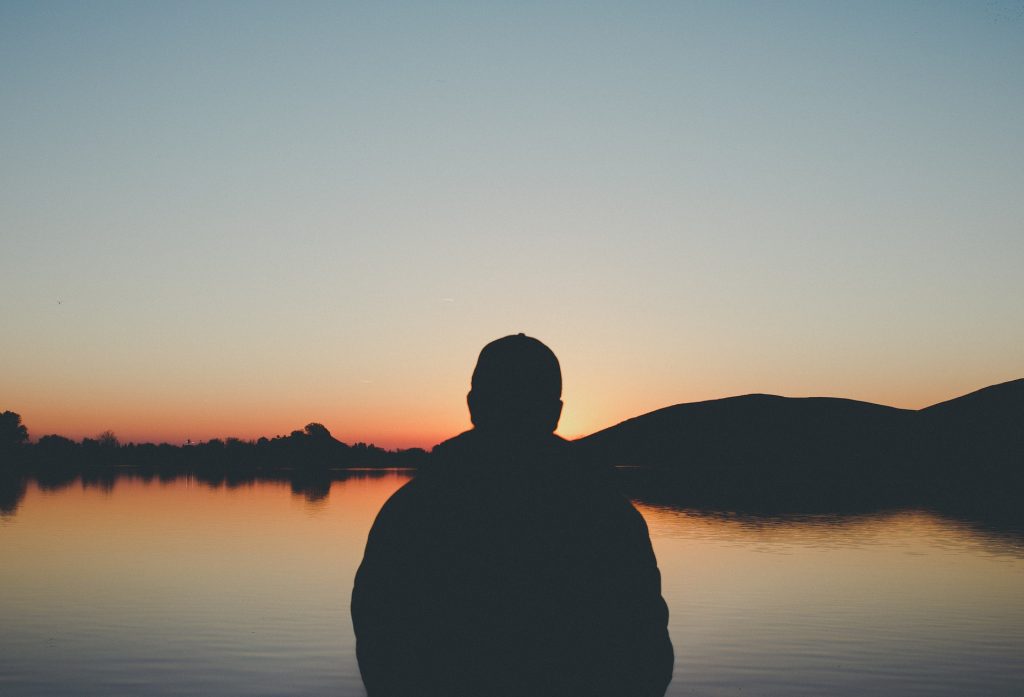 Referenced over 100 times in Scripture, repentance is undoubtedly a topic of vital biblical importance.

God commands all men everywhere to repent,1 and the Lord Jesus declared there is no salvation without repentance.2 “Repent” was the first word uttered by both John the Baptist and the Lord as they commenced preaching publicly.3 When reviewing his whole lifetime of ministry, Paul spoke of having told the world to “repent and turn to God, and do works meet for repentance.”4

Gospel preaching must therefore include an emphasis on 1. the cross, 2. the resurrection, and 3. repentance and forgiveness of sins. Those who preach the cross and the resurrection, but shy away from the issue of repentance, are short-changing their audience and failing in their responsibility to Christ.

Repentance is intimately linked with faith. No one ever placed saving faith in Christ without repenting, and no one ever truly repented without trusting in Christ. This vital unbreakable link is seen in 3 areas:

By comparing John 3:16 with Luke 13:3, the Holy Spirit reveals that repentance and faith are both essential to salvation. Note the parallel between the two verses:

The essence of the Christ’s preaching is summed up in Mark’s gospel as: “Repent ye and believe the gospel”6 (emphasis added), again indicating a close link. The apostle Paul’s preaching was of the same character. Reviewing his 3 years of ministry at Ephesus, he spoke of having preached the gospel of the grace of God, which he defined as “repentance toward God and faith toward our Lord Jesus Christ.”7

On the first day of the present dispensation, when 3,000 souls were saved under the preaching of the apostles in Jerusalem, Peter told his audience to “repent”. Luke, the author of Acts, then records that “all who believed were together”8 (emphasis added). Since to ‘believe’ means to exercise faith, it is evident that, from the very first moment of the present gospel dispensation, repentance and faith were inextricably bound together. Trace the history of gospel preaching through the book of Acts and you’ll see the link highlighted again and again.

But what about the Philippian jailor in Acts 16? When he asked Paul and Silas how to be saved, they told him to simply, “Believe on the Lord Jesus Christ”. No repentance there? But take a look at the context. In front of Paul and Silas was a man who, hours before, had whipped their backs for preaching the gospel and then gone soundly to sleep. Now he’s falling down trembling and seeking salvation. The jailor was a clearly repentant man.

So, to summarise. All true repentance is permeated by faith; all true faith by repentance. Those who repent believe; those who believe repent. Repentance and faith are two sides of the one coin.

To do penance is to inflict punishment on oneself as an outward expression of sorrow for wrongdoing. The Roman Catholic Douay Rheims version of the Bible, published at the turn of the 17th Century in a deliberate attempt to counter the Reformation, usually replaces “repentance” with “penance”, and “repent” with “do penance”. Here’s a few verses from the book of Acts in the DRB:

But “do penance” is a wrong translation of the original Greek text, an error that has misdirected multitudes over the last 400 years into believing that there is a ‘work’ you need to do, and that salvation is to be gained by performing an ‘act’ of penance (prayer, fasting, charity etc.) to make satisfaction for and expiate sin.

Many equate confession with repentance, but it is quite possible to confess sin without repenting. What do Pharoah, Balaam, King Saul and Judas have in common? They are all Bible characters who, despite confessing “I have sinned”, gave no evidence of being genuine believers. In fact, genuine saving repentance is not even a sincere confession of this or that sin. A person could be genuinely sorry for sinning against a fellow human being, without ever acknowledging that their sin was against God. Many even confess long lists of sins to God without ever acknowledging that they deserve eternal wrath, or that those sins stem from a sinful nature inherited from Adam. Repentance is clearly more than confession.

Many people are afraid of death, of hell, and of being left behind when the Lord returns, who have no repentance for sin, even though they may claim to be saved. A.W. Pink rightly observed that, “Multitudes desire to be saved from hell (the natural instinct of self-preservation) who are quite unwilling to be saved from sin.”

The Bible says that Judas “…was full of remorse” after betraying Christ9 but still died an unrepentant sinner. Prisons are full of people who are sorry they got caught, or who may even regret what they’ve done, but who have never repented and been converted to Christ. “Being sorry for your sin” is therefore an inadequate description of saving repentance. A.W. Pink again: “Many a man is filled with regret and remorse over a misspent life, yet has no poignant sorrow of heart for his ingratitude and rebellion against God.”

Repentance is neither reformation nor renovation. It’s not “becoming a good person” by tidying up one’s life. In fact, an essential element of repentance is an honest acknowledgment that I am not, and can never be, a good person in myself, and that nothing I can do can ever make me the least bit acceptable to God. A son or daughter of Adam, who has merely reformed themselves, remains under condemnation and exposed to the wrath of God.

When a person is converted to Christ, there may be emotion, but emotion is not proof of repentance. Felix trembled, but never repented. The shallow ground hearers in the parable of the sower received the gospel “with joy”, but were never saved. Powerful feelings and dramatic experiences are not reliable indicators of reality and may not include the faintest hint of repentance.

So, what is repentance?

The Greek word for repentance is metanoia (from meta ‘after’, and nous ‘mind’). The root concept in repentance is therefore “a change of mind”. This should not, however, be mistaken for a mere a “change of opinion”. Saving repentance is not someone saying “I used to be an evolutionist, but now I am a creationist.” C.H. Spurgeon puts it well: “Instead of saying repentance is only a change of mind, it seems to me more truthful to say it is a great and deep change; even a change of the mind itself.” Do you see the difference? Repentance is not a change of mind on a few subjects, or even about a few regrettable actions. It is a revolution in a person’s understanding of and attitude towards God. But what exactly does that look like?

What is the mind?

To understand the “change of mind” involved in repentance, one needs to understand what ‘the mind’ is. When the Bible speaks of “the mind” it refers to the whole sphere of a man or woman’s personality – their intellect, will and emotion. This can be seen from the first 3 mentions of the heart/mind in Genesis.10 In diagnosing the sinner’s mind therefore, here is what we have:

These three compartments give us what the Bible calls the “mind of the flesh”, encompassing the sinner’s whole inner life in their natural state as children of Adam. According to the Bible, the unregenerate mind is at “enmity with God”.11 Thus the radical “change of mind” accomplished when the Holy Spirit convicts a person of their sin and leads them to repentance, involves a total repudiation of the 1. what the sinner thinks, 2. how the sinner feels and 3. what the sinner wants.

Repentance and the intellect

How does the intellect change? Prior to repentance a sinner thinks he’s OK. He reasons that he’s basically a good person. Yes, he may accept that he is a sinner. He may even accept that he is going to hell. But the last thing he will honestly bow to is the fact that hell is what he deserves, for ever.

Repentance turns this self-righteous mindset upside down. As a sinner bows to what God says in His Word about his utter ruin in sin – undone, unclean, unfit for heaven, and unable to do anything about it – he will unreservedly acknowledge that he does indeed deserve eternal wrath. Short of that acknowledgement, no work of repentance has been done in the heart. Trying to “lead a person to Christ” who refuses to acknowledge their deservedness of eternal wrath is a waste of time.

Repentance and the emotions

How do the emotions change? Before repentance, a sinner feels no sorrow for sin. He feels no shame about a bit of stealing, or lying or lust. Sin causes him no grief or disturbance. Yet God is grieved about sin, and He is angry with the wicked every day.12 In repentance, the sinner’s heart and feeling towards sin changes. He realises he has offended God and that his sins are grievous and shameful. He sees sin, and himself the sinner, it in a totally different light. He turns 180 degrees to agree with God.

Repentance and the will

How does the will change? Before repentance, the sinner wants to go his own way. His inclination is toward self, not God. His “turning aside” and his “going astray” from God is a deliberate choice of the will.13 This inward bias toward sin springs from the nature with which he was born.14 Defining sin, John the apostle says, “Sin is lawlessness”.15 This is sin’s essence: a rebellious attitude to the authority of God that says, “Not your will but mine be done”. Repentance reverses this. It is an end of resistance, enmity and rebellion. It is a taking sides with God against oneself.

When the average sinner hears a gospel that starts with “God loves you and has a wonderful plan for your life”, he will inwardly pat himself on the back and think, “Why wouldn’t He? I’m a good person.” But when gospel preaching begins with a setting forth of the ruin of man, the sinner is thereby prepared to properly appreciate the true nature of God’s love in Christ, in that “while we were yet sinners, Christ died for us”.16 Preaching does not have to necessarily mention the actual word “repent”, nor does it need to contain an exposition of the topic of repentance, but it should confront the sinner with his ruin in sin, by nature and by practice. If he agrees with what God says about him – if thereby his mind becomes aligned with God’s – that is repentance. It is taking true ground before the holy God of heaven. Such repentance always leads to a “turning to God”.17 W.E. Vine, in his Dictionary of New Testament Words, describes repentance as a change of mind involving “both a turning from sin and a turning to God”.

Perhaps the best illustration of repentance in the New Testament is the Prodigal Son. His change of mind didn’t leave him in the far country. “When he came to himself, he said, ‘How many hired servants of my father’s have bread enough and to spare, and I perish with hunger! I will arise and go to my father, and will say unto him, Father, I have sinned against heaven, and before thee, and am no more worthy to be called thy son: make me as one of thy hired servants’.” His return home was the “fruit of repentance”,18 and his new attitude when back home exhibited “works suitable for repentance”.19 Other real-life examples of repentance in the Bible include Zacchaeus’s transformation from greedy tax-collector to generous disciple of Christ, Saul’s transformation from persecutor to preacher, and the Philippian jailor’s transformation from callous Centurion to caring Christian.

Some argue that repentance cannot be essential to salvation because it is not mentioned in John’s gospel, the Gospel written with the salvation of sinners in mind. The weakness of this argument is apparent from the following points: