The Two Ways – Which One Are You On? 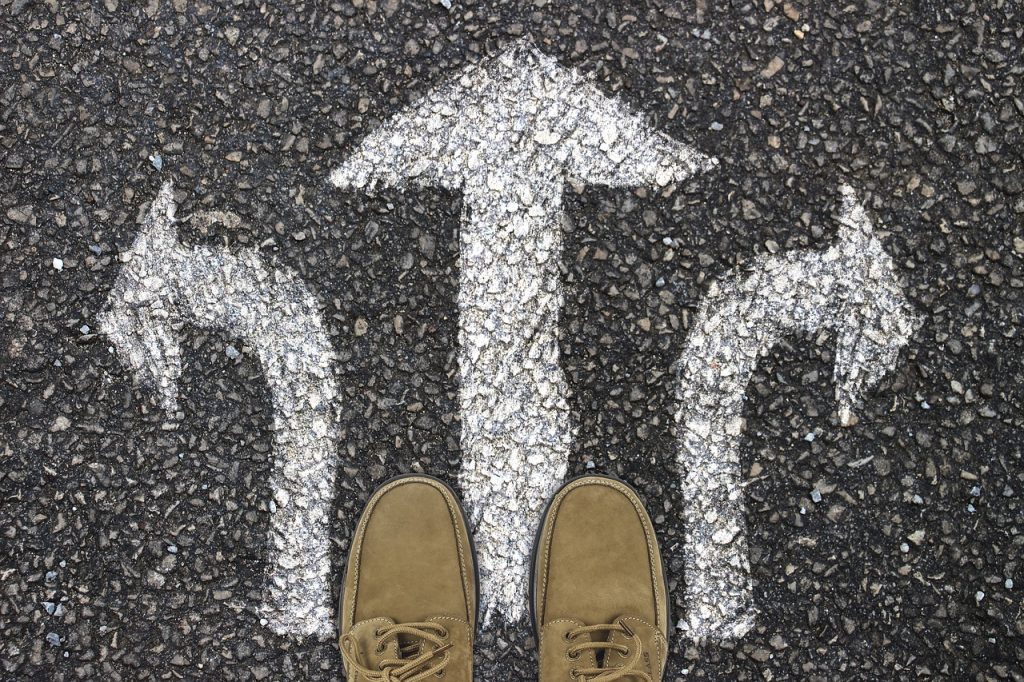 The two ways – which one are you on?

You are travelling in one of two ways. Your own way, or God’s way. The way of lawlessness or the way of righteousness.

It all started in the Garden of Eden. Our first father Adam went astray from God in two aspects – first, as his supreme delight and, second, as his supreme authority. At the beginning, human beings, created in God’s image, had a freedom to commune with God, to love God, and to delight in God – but look at humanity now! “There is none that seeketh after God” (Rom 3:11). God is no longer man’s object of supreme delight. Humanity has strayed. 1,000 things excite 21st century people; cars, sport, fashion, movies, money. How dull the things of God in comparison. So, one doesn’t have to be a drug baron to be classified as a “straying sinner”; it is enough to just live a normal moral life in a Christian country, yet with no heart-seeking after God as the object of supreme delight. But there’s more.

Adam also strayed from God as his supreme authority. He rebelled. Of the nature of fallen man God now says, “The mind of the flesh is enmity against God: for it is not subject to the law of God, neither indeed can be” (Rom 8:7). The naked disposition of the human heart is a clenched fist in the face of God. One of the world’s favourite songs, ‘My Way’ reads: “For what is a man? What has he got? If not himself, then he has naught. To say the things he truly feels, and not the words of one who kneels; the record shows I took the blows, and did it my way!” What an eloquent expression of the non-submission of fallen man. Subservient to no one, not even God!

In going astray, man has turned to “his own way”. Note how this is phrased. Not “He has turned to violence, profligacy, immorality and dishonesty”. No. These are but the fruits of a deeper root: the rebellious hearts of men and women. The Bible defines sin as ‘lawlessness’ (1 John 3:5). It is a root attitude that rejects divine authority. Humans desire to live independently of God, to be autonomous. In the words of John Stuart Mill, the 19th century economist and philosopher, “Over himself, over his own body and mind, the individual is sovereign.” Satan couldn’t have said it better in the Garden of Eden. His design in the temptation was to coax Adam and Eve into committing cosmic treason. In effect he said to them, “You poor souls! Here you are in garden being treated like subservient children. Not allowed to eat of a tree! You don’t have to live in dependence on God and His word. Take your destiny into your own hands. Decide for yourselves what’s good and evil. Follow your heart. Be your own god!” Thus, in the Garden, humanity threw off the rule of God in the earliest echo of Armageddon’s cry, “Let us break their [restrictive] bands asunder and cast away their cords from us” (Psa 2:3).

In the gospel message, God invites people to turn from their wrong ways. If Isaiah 53:6 teaches us the nature of sin, Isaiah 55:6-7 teaches us the nature of repentance. What does God call upon fallen people to do? “Let the wicked give up drunkenness”? No. One can do that and still remain in one’s sins. “Let the wicked clean up his life and start attending church”? No. God goes to the root problem. “Let wicked forsake His way“! Such is God’s ultimatum to rebellious humanity. This forsaking of the sinner’s way is synonymous with repentance.

Lexicons rightly define repentance as a “change of mind”, but what is a mind? The first three occurrences of the word ‘heart’ in the Bible teach us that the mind has three elements – intellect, emotion and will. That is: how the sinner thinks, how the sinner feels and what the sinner wants. Repentance is an about face in each area. When a man repents, his thinking changes! Before salvation he thinks he’s OK. He thinks he’s basically a good person. Repentance leads him to agree with God, that in reality he is offensive to God, incurably wicked and helplessly lost. How do his feelings change? Before repentance he feels no sorrow or shame for bit of stealing here and a bit of lying there. But conviction of sin engenders in his soul a serious and solemn view of sin. He is brought face to face with a God who feels grieved and angry about sin. How do his wants and his will change? Before salvation the sinner wants to go his own way. He wants what he wants, how he wants, when he wants it – and no one is going to tell him how to live. But when gets saved, he realises his way is utterly reprehensible. Like the prodigal he comes to himself and confesses, “I have sinned against heaven”. Like Paul on the road to Damascus he exclaims, “Lord, what wilt Thou have me to do!”