The Remarkable Conversion of W.W. Fereday 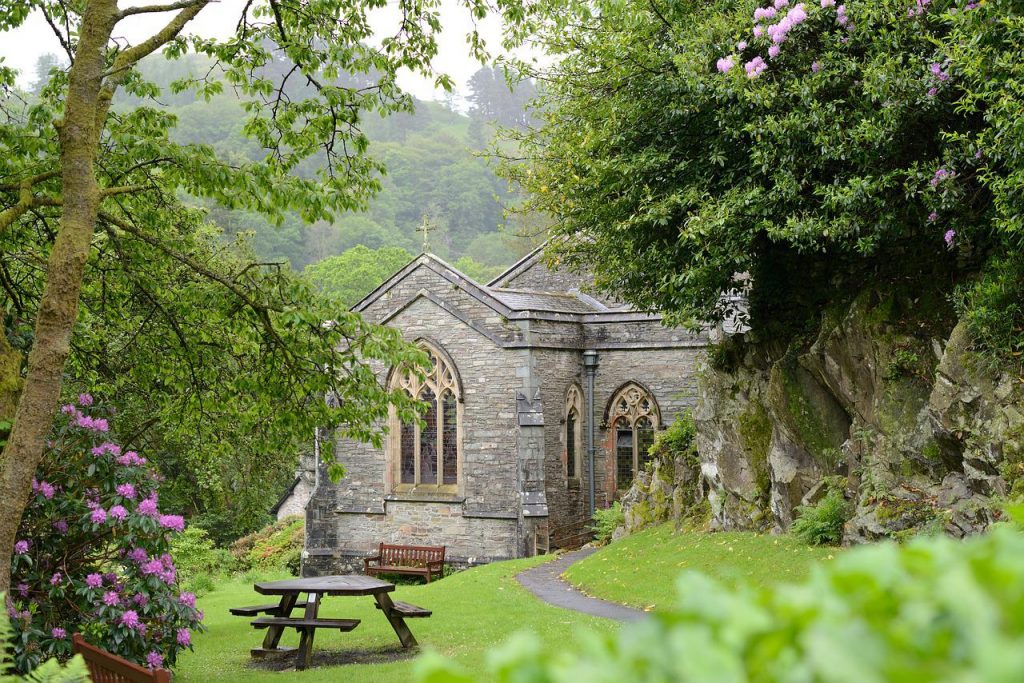 The Conversion of W.W. Fereday

In his own words

William Woldridge Fereday was born in England in 1863, was saved at 16 and almost immediately started to preach. He spent the whole of his life in the study and exposition of the Scripture of truth and travelled extensively and spent a considerable time in Scotland and the continent of Europe. He was a faithful expositor of the Word of God. He knew no fear and never compromised for one moment, one could not help but love him.

He lived for many years in Rothesay, Scotland, and the last five years of his life at Machermore Eventide Home, Scotland, from where he went to be with the Lord at the age of 96. During the First World War, he lived in Berkenwell in a large country house. He was a “tea taster” by profession. Mr. Fereday was troubled with a nervous complaint. He used to ask his host where he was staying to stop the clocks in his room as the ticking kept him awake. At one house where he stayed the clocks were all stopped. In the morning they asked him if he had slept well. He said, “No, the clocks next door kept me awake!” He was of a worthy kind like John Nelson Darby and William Kelly. Brother Fereday always had two life size portraits of these two revered men of God in his large study; he knew them both personally and they were guides to him in his early formative years.

Precise, accurate, lucid, brief; Fereday was as succinct in his written ministry as in his public addresses. One of his favourite expressions was “I do not give lectures, I state facts”. He never wasted a word, wrote in the briefest possible way, taught the same truths as J.N.D. and W.K. but in a language that was simple, interesting, and often thrilling; in fact just in the form that young Christians will appreciate today.

(Adapted from a biographical piece by A. M. S. Gooding.)

The following is an account of how W W Fereday found peace with God, in his own words:

How I Obtained Peace with God

Christian parentage is a very great privilege, but that privilege was not mine. Uprightness and integrity characterised the home of my childhood, but God and Christ had no place there. It so happened, however, that the headmaster of the Day School that I attended was also superintendent of the Anglican Sunday School, and as this gentleman expected his week-day pupils to come together under his wing on Sunday also, Christian privileges were mine at least one day in the seven. My Sunday School teacher, I feel sure, was a converted man. Some of his words linger with me still, particularly his gentle rebuke of lads who spoke of the Saviour as “Jesus”. “Say ‘Lord Jesus,’ dear boy,” was his usual correction.

At thirteen years of age I became seriously concerned about my spiritual condition. I knew I was a sinner, and I dreaded God; I feared to die. I laid bare my soul to the Rector of the Parish, and his advice was to get “confirmed”. This, he assured me, would solve all my difficulties. Accordingly, on a certain solemn day never to be forgotten, I went into the presence of God with many others and vowed to “renounce the devil and all his works, the vain pomp and glory of the world, with all covetous desires of the same, and the carnal desires of the flesh.” The Bishop of London then laid his hands upon my head.

The place was a veritable Sinai to me. Many who vowed as I did seemed very light about it, but my feeling was that I had placed myself in a terrible position in relation to my Maker. The day closed with a Garden Party at the Rectory, as godless an evening as I ever remember. Christ was not mentioned, and the Bible was not opened.

Duly furnished with Bishop Oxenden’s “Earnest Communicant”, the prayers and resolutions of which I carefully used, I took my place at the Communion Table on the following Lord’s Day, but the service availed me nothing. I went from it deeply distressed, feeling that he who had involved me in this had quite misunderstood my case. But I persevered for a time, only becoming more wretched as the weeks went by. I became convinced that the Supper of the Lord was not for me, for I did not know the Lord,

After some consideration it occurred to me that the Methodists might understand such a case as mine. Accordingly I suppressed my prejudice against “Nonconformists”, and went one Sunday morning to the Wesleyan Chapel. There I was heartily welcomed, and I was forthwith invited to take a class in the Sunday School. I declined with thanks. Going again in the evening, I was pressed to join the Choir. This also I declined. I tried again on the Sunday following, and then was asked to take part in a Social Meeting that was held every Wednesday evening in the School Room. As I demurred to this, the friends urged me at least to come and see what the proceedings were like. I agreed to this only to find myself betrayed into an evening’s tomfoolery, which vexed my soul sorely.

As these people seemed no more to understand the needs of an anxious soul than the ecclesiastics of the Establishment, I dropped them, and for some time took my Bible into the fields, reading it, and crying to God for light.

Shortly after this, a gentleman in London, perceiving how things stood with me, asked me if I would go some Lord’s Day to a place which he named. I promised, and he gave me a note of introduction. Arriving early at the building, I was astonished to find. a simple table set in the midst, with bread and wine thereon. Some 300 persons assembled that morning, and, to my further astonishment, the whole service was carried through without a “Minister”. At least a dozen different men took part, yet wonderful harmony prevailed, and the whole company seemed thoroughly to enjoy what they were doing. It was certain, even to a casual observer like myself, that something more than religious routine kind brought that congregation together.

My heart was charmed, and I lingered awhile for conversation. A kindly man, well advanced in years, laid his hand upon my shoulder and asked, “Young man, are you saved?” Ah! this was what I wanted. Why had no one put the question so directly to me before? I replied that I longed to be saved, but that surely no one could be sure of salvation while in this world. Out came the old gentleman’s Bible, and he catechized me thus: “Do you know that you are a sinner? “I replied that I knew it, and felt it deeply. (Does not Scripture say that “all have sinned and come short of the glory of God”? — Rom 3:23). His next question was, “Do you believe that Christ died for sinners?” I said I had no doubt of it. (Rom 5:8 assures us that “while we were yet sinners Christ died for us”) “Then,” said he, “surely He died for you.” My new friend then asked me where Christ is now. I replied, “In heaven.” “Well then,” he reasoned, “if Christ is in heaven, where are your sins, seeing that He bore them in His own body on the tree?” This was a new thought to me, so he explained the matter thus: “If Christ made Himself answerable for your sins He could not be in Heaven today if one of them remained; but seeing that He is unquestionably sitting at the right hand of God, what clearer proof could you have that He settled the whole question of your sins on Calvary’s tree?” I saw it at once, every difficulty vanished, and I knew forthwith that I was saved. I had peace with God.

This simple narrative is sent forth in the earnest hope that it may help others who are in similar soul-trouble to day. It is not ordinances or religious doings of any kind that count with God, but the sacrificial work of our Lord Jesus Christ, and on our part, simple faith therein.

“He was delivered for our offences, and was raised again for our justification. Therefore being justified by faith, we hare peace with God through our Lord Jesus Christ” (Rom 4:25, 5:21).

“By grace are ye saved through faith; and that not of yourselves; it is the gift of God, not of works, lest any man should boast” (Eph 2:8-9).