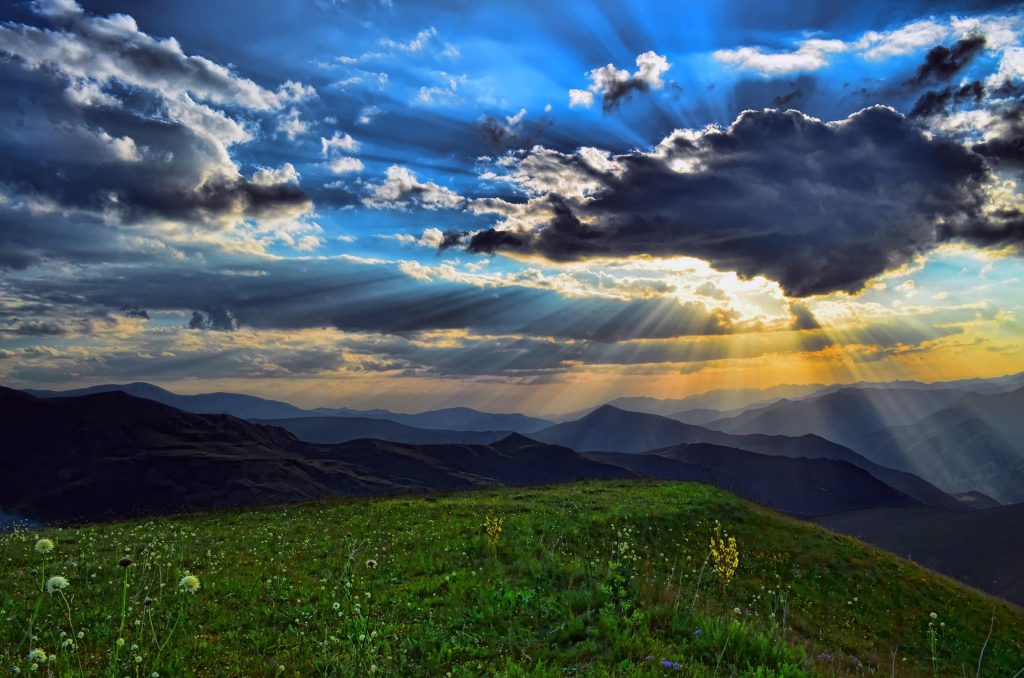 No, you didn’t miss it. Neither did Darby.

The article title is not suggesting that the Rapture occurred before the days of John Nelson Darby (1800-1882), but rather is pointing out that a belief in the Rapture of the Church (in particular, a pre-tribulation Rapture) existed and was taught before Darby’s birth.

As an example of the allegation that belief in a pre-tribulation Rapture is relatively recent, Michael Bird wrote, “The pretrib view…did not appear on the scene of church history until J.N. Darby in the 1830s.”[1] In this article, we will examine some of the references in biblical works pre-dating Darby that either explicitly taught or appear to teach a pre-tribulation Rapture.

After the time of the apostles, a number of writings indicate belief in the imminence of Christ’s return, which is consistent with pre-tribulationism. Clement of Rome (35-101), Ignatius of Antioch (died 110), The Didache (a late first-century anonymous Christian treatise), The Epistle of Pseudo-Barnabas (circa 70-130), and The Shepherd of Hermas (second century) all reference Christ’s imminent return.[2] Even though it appears that the apostolic fathers were largely post-tribulational (because they believed the persecution they were enduring was the tribulation itself), they held to the doctrine of imminency. J. Barton Payne (a post-tribulationist) concluded that “belief in the imminence of the return of Jesus was the uniform hope of the early church.”[3]

But it appears that Irenaeus of Lyon (120-202) was a pre-tribulationist. Irenaeus was a disciple of Polycarp (who was a disciple of the apostle John) and articulated his eschatological views in Against Heresies, Book 5. First, he referred to Enoch’s translation and Elijah’s being “caught up” as previews of the Rapture. “For Enoch, when he pleased God, was translated in the same body in which he did please Him, thus pointing out by anticipation the translation of the just. Elijah, too, was caught up [when he was yet] in the substance of the [natural] form; thus exhibiting in prophecy the assumption of those who are spiritual, and that nothing stood in the way of their body being translated and caught up.”[4] Second, Irenaeus refers to the Church’s being “caught up” before the tribulation. “And therefore, when in the end the Church shall be suddenly caught up from this, it is said, ‘There shall be tribulation such as has not been since the beginning, neither shall be’ (Mat 24:21). For this is the last contest of the righteous, in which, when they overcome they are crowned with incorruption.”[5] The italicised “this” in his quotation is clearly a reference to the tribulation, which he then introduces.

Victorinus of Petrovium (died 304) was a bishop in modern Slovenia, martyred during Diocletian’s reign. In his commentary on Revelation (6:14), he writes, “And the heaven withdrew as a scroll that is rolled up. For the heaven to be rolled away, that is, that the Church shall be taken away.”[6] Later, while explaining Revelation 15, he writes, “And I saw another great and wonderful sign, seven angels having the seven last plagues; for in them is completed the indignation of God.] For the wrath of God always strikes the obstinate people with seven plagues, that is, perfectly, as it is said in Leviticus; and these shall be in the last time, when the Church shall have gone out of the midst.”[7] Therefore, Victorinus believed the Church would be raptured before the breaking of the seventh seal (and therefore, before the seven trumpet judgments and the seven bowl judgments), making him, at least, what we refer to as “pre-wrath” in his eschatology.

In a sermon entitled “On the Last Times, the Antichrist, and the End of the World,” Syrian church father Pseudo-Ephraem (fourth to sixth century) wrote, “For all the saints and elect of God are gathered, prior to the tribulation that is to come, and are taken to the Lord lest they see the confusion that is to overwhelm the world because of our sins.”[8] The gathering Pseudo-Ephraem mentions appears to refer to a pre-tribulation Rapture of the Church.

Admittedly, the influence of Origen and Augustine was successful in turning the established church to a belief in amillenialism by around the fifth century. This view would dominate the Medieval period, with little-known exceptions. However, one exception was the Apostolic Brethren in northern Italy. This new (and thus, persecuted) ecclesiastical order eventually numbered in the thousands and evidently held a pre-tribulation Rapture position. In 1316, an anonymous treatise entitled The History of Brother Dolcino articulated some of the beliefs of the Apostolic Brethren.[9] Their leader, Brother Dolcino, believed he and his followers would be taken to heaven and protected from the actions of the Antichrist before later descending back to earth, thus holding to a belief in a pre-tribulation Rapture.

Johannes Gutenberg’s movable-type printing press in the 15th century made books more widely available. With more Bibles accessible to read and study, more biblical works were printed, especially following the Protestant Reformation. Many of these works were shelved and have been gathering dust in the antiquity sections of libraries across the world for centuries. But within the last two decades, some of these works have been converted to digital (and thus, searchable) formats. One Christian historian, William Watson, has taken advantage of these available works, spending hundreds of hours reading and searching Puritan writings from the 16th, 17th and 18th centuries. A simple word search for “rapt”, “rapture”, and “left behind” yielded at least two dozen findings, from notable authors such as Increase Mather, Cotton Mather, Philip Doddridge and John Gill.[10] Unquestionably, some of the uses of “rapture” by these writers refer to the act of being taken up to heaven. A few examples of William Watson’s findings will have to suffice, given the length of this article.

William Sherwin (1607-1687, minister at Wallington) wrote, “The Saints…at the sounding of that last Trumpet at the end of the world shall be changed in a moment, at the twinkling of an eye…rapt up to meet Christ in the air.” He even refers to the early church fathers’ agreeing with him: “This Doctrine many of the ancient Fathers acknowledged…Justine Martyr…Irenaeus…Tertullian…even Augustine sometime held it, though by the subtlety of Satan, forgeing lyes to asperse the Millenary opinion, and stirring men up to foist in offensive errours…in these latter times hath again discovered it, after so many hundred years of its lying hid for the most part in the Church, to be a doctrine really embraced by his faithful people [who] will doubtless certainly know, that upon their rapture to meet Christ, they shall be perfected in glory evermore in heaven.”[11]

Boston Puritan Increase Mather (1639-1723), father of Cotton Mather, wrote, “When Christ comes, Believers shall see the King…in all his Glory, and shall go with him to the Land that is very far off. Heaven is the Land that is very far off. Christ has assured believers it shall be thus, John 14.2…He will not go back to Heaven and leave them behind him. No, they shall sit with him in Heavenly places…[later] they shall come down from Heaven…They shall be with him when he comes to judge the world.”[12]

Morgan Edwards (1722-1795) helped found Rhode Island College, which eventually became Brown University. While a student at Bristol Baptist Seminary, he set forth a very clear pre-tribulation Rapture belief: “The dead saints will be raised, and the living changed at Christ’s ‘appearing in the air’ (1 Thes 4.17); and this will be about three years and a half before the millennium…but will he and they abide in the air all that time? No: they will ascend to paradise, or to some one of those many ‘mansions in the father’s house’ (John xiv.2), and so disappear during the foresaid period of time. The design of this retreat and disappearing will be to judge the risen and changed saints.”[13] Edwards’s reference to “three years and a half” does not mean that he was a mid-tribulationalist. His writings indicate he believed the total duration of the tribulation period to be not seven years but three and a half.

There are far too many references to the Rapture in Watson’s published findings to articulate here. He cites Thomas Collier, John Asgill, Robert Maton, John Archer, James Durham, Jeremiah Burroughs, Archbishop James Ussher and dozens of others. The archives have opened, and the allegation that belief in the Rapture did not appear until Darby in the 1830’s simply won’t hold.

Although there are many references to the Rapture (some pre-tribulational) by published works before his time, we simply do not know if John Nelson Darby was influenced by these works. His writings articulating a pre-tribulation Rapture should not be minimized but fully appreciated. We are indebted to him for his enormous contribution to the subject, setting it forth in a clearer way to a wider 19th century audience and beyond. Darby did not invent this teaching, nor did the many who taught it prior to his time. He taught it, and they taught it, because the Bible teaches it.