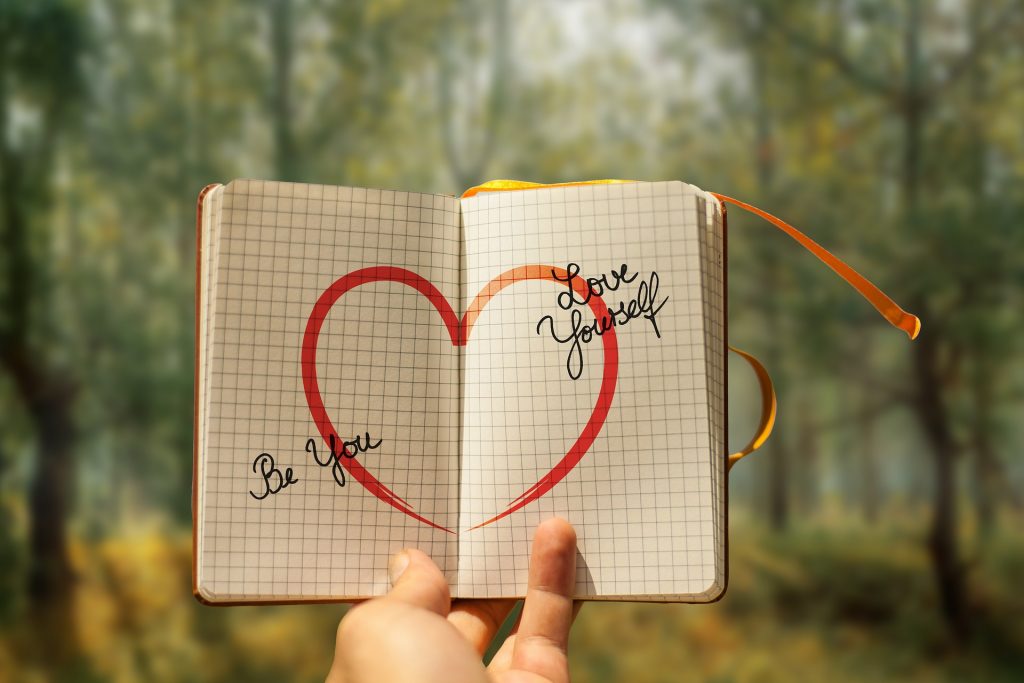 This article by Dr. A. J. Higgins M.D. (New Jersey, USA) examines the flawed worldview of the new “individualism” and explains how it is subtly impacting our language and lives in multiple negative ways. Dr. Higgins adjusts our thinking as he draws us back to Scripture.

The brave and intrepid pioneer moving west across North America, blazing new trails and opening new vistas for all, is the veritable icon of North American history. The individual who, against all seeming odds, not only survived but prospered amidst hostile elements, and left a heritage for others, is the standard which past centuries established. This rugged “individualism” served society and expanding nations well. Some of the exploits may be embellished by legend and myth, but the kernel of truth which remains is inspiring and instructive. They are the heroes we grew up with during our formative years; the legends and stories we immersed ourselves in as children. Individualism served our countries well. If we define individualism as responsibility and accountability for one’s own actions, then you can give it high marks in your assessment of character traits.

But before you begin extolling its virtues, please be apprised that there is a new “individualism” abroad. This one is not so much interested in what it can accomplish and leave for generations to come. This is a worldview where self is all that matters. Being “who you really are” and expressing that “true self” regardless of what society thinks or says is touted as the new individualism. The “rules” and “norms” of society are, in fact, a threat to becoming the “real me”. This may seem benign or even virtuous to some at first. But bear with me and read on, and you will see how this has contributed to our current moral morass.

When God created Adam, for whatever period of time which existed prior to the fall, Adam was a God-centred being. In his innocence, everything revolved around God. Periods of intimate communion as they walked together in the cool of the day must have reinforced that each day in Adam’s mind (Gen 3:8). With the invasion of sin into the human soul and into the world, a polarising alteration occurred. Man became a self-centred being. Adam’s first excuse for his failure was to blame Eve, and by subtle inference, to blame God: “The woman whom Thou gavest to be with me, she gave me of the tree…” (Gen 3:12). Eve, likewise, infected with the same deadly virus, in a vain attempt at self-preservation, blamed the serpent and hid behind the fact that she was “beguiled” (Gen 3:13). From that moment on, our default position as natural, unregenerate human beings, has been self.

Thus, selfishness is not something introduced into the 21st century psyche. It has been the central issue between God and man since the fall. That trait, however, was tempered by many factors throughout the centuries. It would exhibit itself at various stages of our history, at times in horrifying reality, in various individuals. But for the most part, cultures with their values, and the ethics of most societies stifled the arrogant expression of self. Most often, self was sacrificed for the good of a community or society; or it morphed into public service with a view toward self-gratification. In short, it could be dressed up in fine clothes and made to look presentable in the fashionable moral societies of the day.

What the 21st century has changed is that selfishness is now viewed as virtuous. To be yourself and assert who you are is courageous and honourable. To look out for yourself and assure that you are appreciated, recognised and accepted for who you are is as necessary as the breath you breathe. Terms such as self-actualisation, self-fulfillment, and expressive individualism are now part of the psychological jargon of talk show hosts and self-made philosophers. All of these terms suggest a longing desire to follow one’s own path and define one’s own identity, refusing to recognise any constraints or social taboos. As well, the Word of God has no right to limit who you are. This spirit of liberation permits people who may have felt “repressed” by societal norms or social sanctions, to express everything and anything, without fear. This expressive individualism rejects any external code which would impose itself on the individual. No requirements or demands can now be placed by society on the individual; no moral code can be imposed which you must obey. Find your own path. Be your own person. Become the “real me”. The authority of self is celebrated and all else is demeaned, if not despised.

The major difference between the individualism which marked nations and cultures in past generations and the expressive individualism which now reigns is that, previously, individualism viewed personal success as something which was good for both society and self. The individualism of the 21st century, in contrast, puts self at the centre of the universe. All that now matters is self. Rules, biblically-based ethics and social constraints, are viewed as threats to the ability to arrive at the “real me”.

This worldview has resulted in the glorification of those who have “come out” and declared themselves to be something other than heterosexual. They represent the heroes of the expressive individualistic world. Young children in school are being told to explore who they might be and to have the courage to express who they are, at an age when they are not even able to make decisions about which shoes to wear to school. When your rules for life are diametrically opposed to all societal norms, you eventually destroy society.

Some who are reading may be thinking that the quest for self-identity and self-fulfillment is not really wrong. The problem with every nice-sounding philosophy is that it has repercussions in everyday life. Eventually it finds its way to the man on the street. Consider how this quest for liberation plays out in streets and towns, in lives and families, and in homes of ordinary people.

Any responsibility hindering my development can now be avoided. Marriage, children, commitments, and obligations can all be discarded if they hinder my development. I am the centre of the universe, and I can define what is right and wrong. No one else has the ‘right’ to tell me what is morally acceptable. If my marriage is hindering my happiness and my self-fulfillment, then it must be discarded, and I can walk away from it. If children limit my ability to self-actualise in my career or in my life, then I either avoid having them altogether, or I find some other way around them. Disappointments and delays are not disciplines sent by God into your life for your good, but are obstacles to your personal development.

What is the influence and impact upon spiritual life? The fallacy of such thinking should be obvious to any Christian. The centre of our universe is not self, but our Saviour. We profess to live for His pleasure and glory. Yet, in practice, the sense of “self” does invade our thinking and behaviour. On a personal, individual level, I may view God as the One who can help me meet my goals and fulfil my life. I may never, however, even have asked God what His will for my life is. God becomes my spiritual “personal trainer” to coach me to my personal best. Yes, I should strive to be the very best I can be for God; but it must be within the scope of His will for my life, and not measured by my own limited and skewed concept of self-fulfillment.

One of the secondary purposes of an assembly is to feed the Christians (Acts 20:28; 1 Pet 5:2). We can never excuse our lack of food, hiding behind sanctimonious claims to primarily exist as a testimony to the Lord Jesus. But we must also remember that the primary purpose of an assembly is Godward: we are house of God, God’s husbandry, and God’s building. Our primary purpose is to bring pleasure to the heart of God by our worship and our service. That is primary and must never become secondary. The assembly is not all about me, but all about Him. As God receives from us, He will return in abundance to us. When the secondary becomes primary, we lose both the primary and the secondary.

Innate to all this is a paradigm as old as the universe: the end justifies the means. If it works and benefits me then it is right. If it does not benefit me, then it is wrong. No thought is given to whether an action is scriptural. Its ethic is anchored to its result. Forgotten is the admonition that Paul gave to Timothy: “And if a man also strive for masteries, yet is he not crowned, except he strive lawfully” (2 Tim 2:5). God has not bought into the results-oriented mentality which controls much of our thinking. He is vitally concerned with the means as well as the end. We should long for results – from our gospel work, ministry, and teaching – but scriptural principles must never be sacrificed upon the altar of results.

Of course, individualism collides head-on with biblical ethics when we turn to the realm of relationships. It is here that the most obvious and greatest divergence occurs. The essence of a believer’s life is a Christ-centred, and not a self-centred life, but the believer’s love for, and devotion to Christ, are expressed by how we treat others. We are exhorted in Philippians 2 to develop a Christ-like attitude and to esteem the welfare of others above our own (Phil 2:3). Our interests are to expand beyond the narrow confines of our own brief existence and to “look on the things of others” (v4).

Whether I read in Romans 12, Philippians 2, Colossians 3 or a myriad of other places, my life is intended to be a blessing to others, placing their interests above my own. I may fail miserably in this; it does not change the scriptural standard.

In conclusion, the worldview which places the individual at the centre of his own universe is contrary to the Scriptures in several critical ways. We were made to be God-centred beings. This was lost in the fall but has been regained and restored in redemption. In this new creation, “Christ is all and in all” (Col 3:11). I bear responsibility for my actions and my life, but I do not control my life. I yield to the claims of Lordship.

In the Scriptures, the end never justifies the means. Righteous deeds must be done in righteous ways. God is vitally interested in the man (or woman) and not just the ministry. Paul’s claim to be “all things to all men” (1 Cor 9:22) was the relinquishing of liberties, not the arrogant seizing of license. We must strive to be not only good, but faithful servants – faithful to divine principles (Matt 25:21).

Expressive individualism places me at the centre of the assembly and makes my needs and fulfilment the criteria for the gathering. In contrast, the New Testament stresses the centrality of Christ. Every metaphor employed for a local community of believers emphasizes that an assembly exists for God: His pleasure, honour, habitation, and glory. My focus is totally wrong unless I see its true purpose.

Finally, I will fail in the scripturally mandated ministry to others if I view my needs as more important than those of fellow believers. I may even view others as a means to fulfil my needs and further my goals. I then begin to manipulate others rather than to minister to them.

If I live by the worldview of individualism, I will live in a small universe, leave a smaller impact on others for God, make an even smaller contribution to the assembly, and reflect no likeness to Christ.