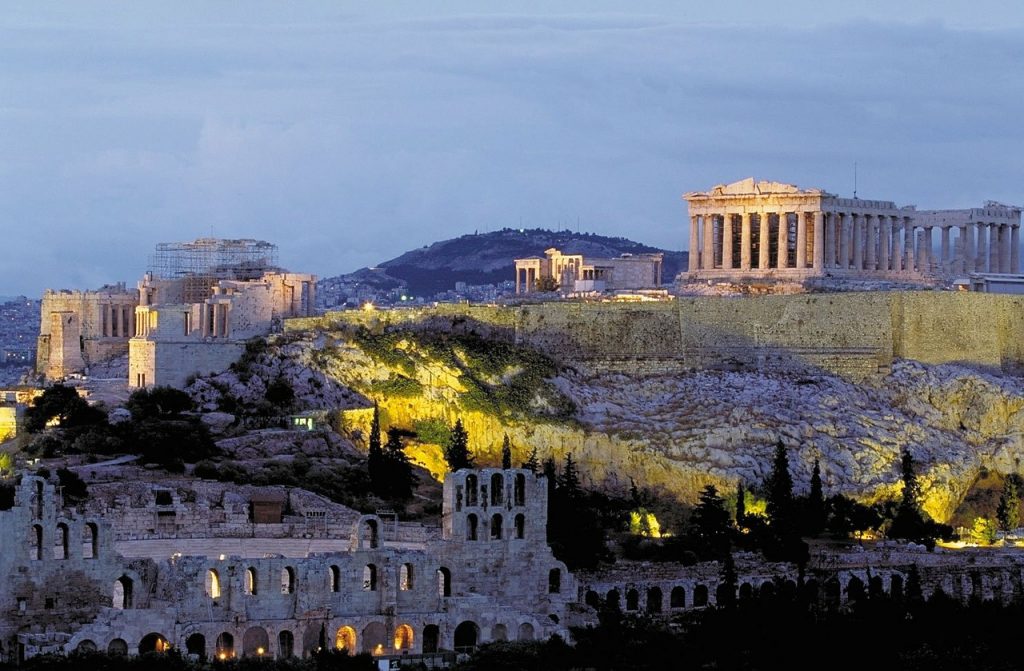 Once a year, the overwhelmingly secular Technology, Entertainment and Design event (TED) brings together “the world’s most fascinating thinkers” for four days of talks and networking.

Tickets cost roughly $10,000 per attendee. The conference event itself is the engine for a much greater vehicle of influence: the TED website. Talks posted on the TED website garner over a million views per day. Hence the motto, “ideas worth spreading”. But what is TED’s message? One recent TED conference’s participant list included a religious mystic, an evolutionary psychologist, a novelist, a meme-theorist, a transhumanist and a mother, speaking on such questions as “What is art?”, “What is love?”, “What is evil?”, and “What are the problems I should be most worried about?”

Were the apostle Paul alive today, TED events would surely strike him with a strong sense of déjà vu. Visiting Athens in AD 54 Paul found the learned philosophers of the day spending their time “in nothing else, but either to tell, or to hear some new thing” (Acts 17:21).

Athens takes pride in its history. The native home of Socrates and Plato, and the adopted home of Aristotle, it lays claim to discovering much of what we now take for granted in mathematics, astronomy, philosophy and politics. Yet when Paul arrived in the capital of Greece he found it to be morally bankrupt and spiritually ignorant, thereby mirroring our own century’s cities and centres of learning. Hamilton Smith rightly comments, “The net result of the wisdom of the ages – the combined efforts of the keenest intellects of the world – is to leave man in utter ignorance of God, and in utter ignorance of himself.” As Luther once famously quipped, “Education without salvation is damnation”.

The great and the good of the Roman Empire of the first century had little time for Paul’s gospel. In the world’s intellectual capital, Athens, he was mocked; in its religious capital, Jerusalem, he was mobbed; in its political capital, Rome, he was martyred. Despite knowing his message would be rejected, when given the opportunity to preach to the erudite but fickle Athenian crowd, Paul wisely refrained from philosophising. He knew that mankind cannot vault to heaven on a pole of philosophy, nor fly to heaven in a rocket of reason, nor climb to heaven on a ladder of logic. Instead Paul impressed upon them the facts about a creator God who is real, a solemn Judge who is righteous and a unique Saviour, Jesus Christ, who has died and risen again from the dead.

Paul knew that, whether seeking to avoid pain like the Epicureans, or exhibiting indifference to it like the Stoics, his entire audience, who stood in absolute ignorance of the God who had created them, were heading for the eternal pains of hell. Paul expounded the theme of a ‘knowable God’ who owns everything by creatorial right. Far from needing gifts produced by men, God is the giver of humanity’s very health and life. In His grace He has providentially designed man’s constitution and even the nations’ location in geography and history that men might seek and find Him, the living and true God. As His offspring, the Athenians ought not to have thought of God in terms of the man-made images littering every corner of the Greek capital. God the ruler, giver, controller and revealer, now commanded them, through Paul’s preaching, to repent, in light of imminent coming judgment at the hands of the risen Christ.

Their reaction? Most mocked or said they would hear more another time. The powerful, intellectual and famous men of the world don’t take kindly to a message that repudiates human pride and prowess. Make no mistake; Paul’s gospel stood in absolute, uncompromising contradiction to human wisdom. He was preaching that, right under the noses of “the princes of this world”, God has carried out His ultimate act of wisdom, not by the wisdom of greatness and human will, but by the wisdom of suffering – the wisdom of the cross.

The book of Acts does, however, record this encouraging little footnote about Paul’s visit to the TED of the first century: “some believed”. To reach a culture that laps up TED talks but rejects divine revelation, we need to remember the inspired words of Scripture in 1 Corinthians 1:18-31:

“The preaching of the cross is, to them that perish, foolishness; but unto us which are saved it is the power of God. For it is written, I will destroy the wisdom of the wise, and will bring to nothing the understanding of the prudent. Where is the wise? where is the scribe? where is the disputer of this world? hath not God made foolish the wisdom of this world? For after that in the wisdom of God the world by wisdom knew not God, it pleased God by the foolishness of preaching to save them that believe. For the Jews require a sign, and the Greeks seek after wisdom: but we preach Christ crucified, unto the Jews a stumbling block, and unto the Greeks foolishness; but unto them which are called, both Jews and Greeks, Christ the power of God, and the wisdom of God. Because the foolishness of God is wiser than men; and the weakness of God is stronger than men. For ye see your calling, brethren, how that not many wise men after the flesh, not many mighty, not many noble, are called: but God hath chosen the foolish things of the world to confound the wise; and God hath chosen the weak things of the world to confound the things which are mighty; and base things of the world, and things which are despised, hath God chosen, yea, and things which are not, to bring to nought things that are: that no flesh should glory in his presence. But of him are ye in Christ Jesus, who of God is made unto us wisdom, and righteousness, and sanctification, and redemption: that, according as it is written, he that glorieth, let him glory in the Lord.”