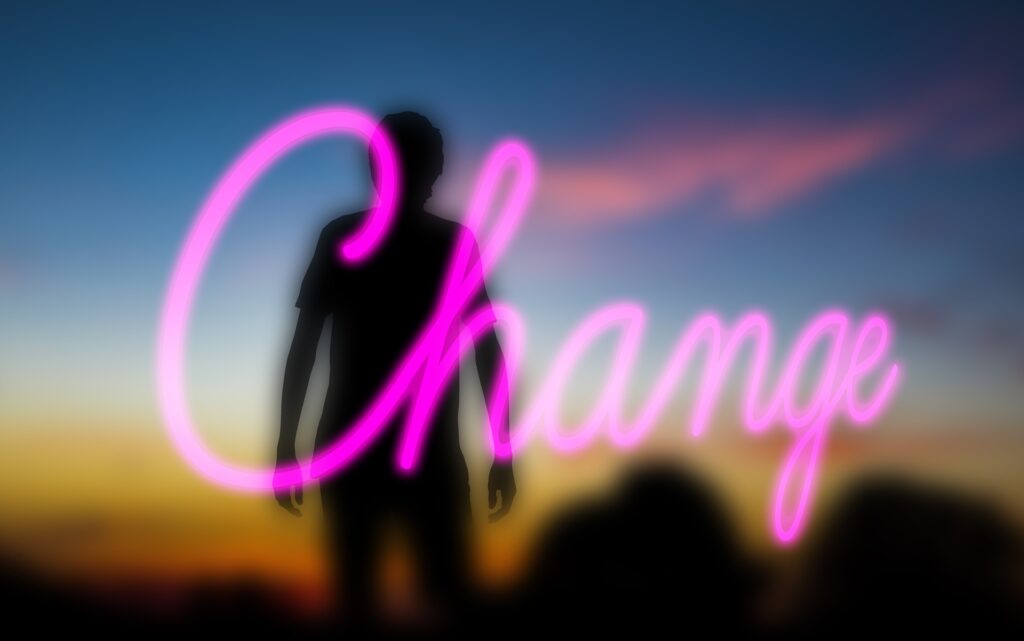 The apostle Paul makes an astounding claim in the Bible:

“…neither fornicators, nor idolaters, nor adulterers, nor those who make women of themselves, nor who abuse themselves with men, nor thieves, nor covetous, nor drunkards, nor abusive persons, nor the rapacious, shall inherit the kingdom of God. And these things were some of you; but ye have been washed, but ye have been sanctified, but ye have been justified in the name of the Lord Jesus, and by the Spirit of our God” (1 Corinthians 6:9-11, Darby version, emphasis added).

To our modern ears, accustomed to the standard LGBT+ line put out in the media, Paul’s paragraph is politically incorrect on three counts:

Influenced by the hugely successful strategy advocated in the book After the Ball: How America Will Conquer Its Fear and Hatred of Gays in the 90’s by Kirk and Madsen, our culture has accepted the view that homosexuality is no longer “a problem to be be fixed”, but a condition to be accepted. ‘Sexual orientation’ is now believed to be as much a part of a person’s identity as their race and gender. So, in Paul’s words – “these things were some of you” – we have what the West now sees as a controversial, outdated and deeply offensive statement.

Yet, for those willing to engage with it, there is evidence in our own century – not just in Bible times – that God is able to transform any ‘lifestyle’, not by human will power or mere religious reformation, but by the regenerating power of the Word of God and the Holy Spirit. Biblical regeneration – sometimes called the ‘new birth’ – is an internal operation of God that produces a new disposition in a person – what the Bible calls a ‘new heart’ or a ‘new spirit’ – that enables him or her to overcome the most deeply ingrained patterns of sin and rebellion in their life. In other words, the gospel message is not some kind of therapy that treats a variety of symptoms. Having diagnosed the root problem of the human condition – sin – the gospel offers deliverance from sin’s guilt through what the Bible calls justification, and deliverance from sin’s grip through what the Bible calls regeneration.

It is important to understand how the gospel approaches the LBGT+ issue. It does not say “Your problem is that you are gay or transgender”. No, the gospel says to all people – of whatever colour, ‘race’, religion or ‘sexual orientation’ – “Your problem is that you are a sinner.” We do what we do because we are what we are. We were born sinners due to the original sin of our first parents, Adam and Eve. Sexual immorality is but one of the many fruits that grow on the tree of our sinful natures: but then so is the pride in someone else’s heart that says “I am not capable of stooping as low as that”. That is not to say that all sins are equal, nor that homosexuality is not a “dishonourable passion” (Romans 1:26, NET). The point is that all of us are fallen creatures with corrupt natures, and are therefore all capable of committing the worst of sins, and therefore all need to be born again.

Take all the apples off an apple tree, and you are still left with an apple tree. God is not looking for you to “become a better person” by cutting down on the number of sins (apples) in your life. That still leaves you the same person underneath. Nor is God offering to improve your nature. He condemns human nature as incurably bad (Jer 17:9, John 3:6, Rom 7:18, 8:7). But once a person acknowledges they are a sinner by nature and practice, deserving God’s wrath and unable to produce a righteousness of their own before God, and then receives Jesus Christ as their Lord and Saviour, to such a person God imparts new life, and an irreversible divine work of conversion is accomplished. That is what the Bible calls salvation. I repeat: the gospel is not offering you a ‘helping hand’. It says you are beyond help, utterly ruined and condemned, and in need of the transforming, regenerating power of God to make of you a new person in Christ Jesus, no matter what particular sin or sins may stand out in your life.

If you want to learn about the power of God to rewrite the LGBT+ story and deliver and transform lives, may I suggest to you 4 websites and 4 books:

1. The Secret Thoughts of an Unlikely Convert by Rosaria Butterfield

Rosaria was a tenured professor of English and women’s studies at Syracuse University (New York, USA) where she was, in her own words, “a leftist lesbian professor”. At Syracuse her primary academic field was critical theory, specialising in queer theory. Her historical focus was 19th-century literature, informed by Freud, Marx and Darwin. She advised the LGBT student group, wrote Syracuse University’s policy for same-sex couples, and actively lobbied for LGBT aims alongside her lesbian partner.

while researching the Religious Right “and their politics of hatred against people like me”, Rosaria wrote an article against the Promise Keepers. She put the mail she received in response into two piles. A hate-mail pile, and a ra-ra pile. But one response – from a pastor called Ken Smith – didn’t fit easily into either category. It was a thoughtful, probing letter, that challenged Rosaria’s assumptions and asked difficult questions. She retrieved it from the bin and eventually met up with Mr & Mrs Smith who showed her generous and sensitive hospitality, and graciously but biblically brought the gospel message to her attention.

In 1999, after repeatedly reading the Bible in large chunks for her research, Rosaria was born again. God’s intervention in her life led to a cataclysmic fallout, in which she lost “everything but the dog”, yet gained eternal life in the Lord Jesus. Rosaria is now married to Kent, a pastor in North Carolina, USA, and is a mother, author, and someone with a unique insight into the LBGT world. Her book is an incredible story of God’s grace and a testimony to His power to do the impossible.

2. Out of a Far Country Christopher Yuan and Angela Yuan

Out of a Far Country relates the story of a prodigal son whose rebellious journey through sin broke his mother’s heart. Yuan’s life involved homosexuality, drugs, HIV and prison. For a proud professional eastern family, this was a hidden shame that had to be covered up at all costs. But God worked in both Yuan and his parents’ hearts in this mutual story of heartbreak, confusion and salvation. Ultimately Yuan was delivered and redeemed. He now teaches at Moody Bible Institute and in addition to his testimony book, has written another title called Holy Sexuality and the Gospel. Of Christopher’s new book, Rosaria Butterfield (who wrote the foreword) says, “The Bible is the most important book the world has for all generations. The Bible is our guide to faith and life. Nothing can compete with it or improve it. But in Dr. Christopher Yuan’s Holy Sexuality and the Gospel, you are holding in your hands the most important humanly composed book about biblical sexuality and godly living for our times.”

The description here is cut and pasted from Jackie’s website: “I used to be a lesbian. In Gay Girl, Good God, author Jackie Hill Perry shares her own story, offering practical tools that helped her in the process of finding wholeness. Jackie grew up fatherless and experienced gender confusion. She embraced masculinity and homosexuality with every fibre of her being. She knew that Christians had a lot to say about all of the above, but was she supposed to change herself? How was she supposed to stop loving women, when homosexuality felt more natural to her than heterosexuality ever could? At age nineteen, Jackie came face-to-face with what it meant to be made new. And not in a church, or through contact with Christians. God broke in and turned her heart toward Him right in her own bedroom in light of His gospel. Read in order to understand. Read in order to hope. Or read in order, like Jackie, to be made new.”

Jackie Hill Perry is now married to her husband Preston and they have two daughters, Eden and Autumn. The reality of her conversion is undeniable. Read and marvel at how God brought her to repentance and faith and wrought the miracle of regeneration in her life.

4. A Change of Affection by Becket Cook

Raised as a Roman Catholic in Dallas, Texas, Becket Cook moved to Los Angeles after college to pursue a career in writing and acting, ultimately becoming a set designer in the fashion world. As a homosexual in Hollywood, rubbing shoulders with the famous celebrities that fill our daily news feeds, Becket would seem an unlikely person to experience a conversion to Christ and redemption from his sinful lifestyle. But an unexpected encounter with a Christian in a coffee shop one day led him to attend a meeting where he heard the gospel – and Becket was brought to repentance and faith the very next Sunday. In A Change of Affection Becket not only tells his testimony but also explores what the Bible has to say about a number of issues around the topic of homosexuality. Perhaps the most memorable line in the book is: “My identity is no longer in my sexuality, but in Christ”.

Stories like Rosaria’s, Christopher’s, Jackie’s and Becket’s cut across the lies of our culture with God’s truth and prove that Paul’s words in 1 Corinthians Ch 6 are not so wide of the mark after all. “These things were some of you”. God’s love for a fallen world in Christ is so powerful and effective that whoever repents and believes in Him will never perish in hell but will have everlasting life (See John 3:16).

P.S. Two final points: First, the themes of these websites and testimony books make them unsuitable viewing and reading for children. Parents should judge their family’s level of maturity, understanding and exposure to these matters before recommending these. Second, these website and book listings should not be taken as an endorsement of any publisher, church or ‘ministry’. I am simply highlighting the availability of these resources as testimonies to God’s grace in salvation and trust they will be a blessing – perhaps a lifeline – to some of our readers.