Is “One Man Ministry” Scriptural? 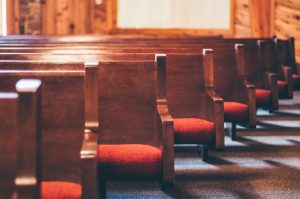 Is “One Man Ministry” Scriptural?

A young man feels ‘called to the ministry’. His pastor recommends him to go to Bible College for three years to become fully equipped for his vocation. At college he is rigorously trained, his trial sermons are assessed and his final examination papers are passed. At last he is ordained, swearing to uphold the college’s Confession of Faith. He is now a qualified pastor with recognised ordination papers, and his name carries the prefix ‘Reverend’.

Contact is made with a church that has a vacancy, and he is invited along to take the Sunday services. The deacons and elders interview him and ask all the relevant questions. A salary is negotiated. Satisfied with him, they put his name forward for the congregation’s vote. He is accepted (by a majority) and becomes the church’s pastor – they become what he calls ‘my people’. His name goes on the notice board and the headed notepaper, and he begins his term of office, which may be reviewed after five years or so.

Such are the workings of the clerical system in Christendom, allowing for denominational variations of course, all of which raises one simple question: where in scripture is there warrant for one man to be the spiritual leader in a local church? Is one-man-ministry scriptural?

Certainly we can find examples in the Bible of one man leading God’s ancient people Israel – Moses, Joshua, Gideon etc. – but bear in mind there were no churches in the Old Testament, and the doctrine of church leadership is not to be found there. When we come to the New Testament we are immediately struck by the fact that none of the church epistles is addressed to the minister, pastor or vicar. In fact, in all of Paul’s church epistles, he never once even mentions ‘the pastor’ – a very strange omission on his part, had there been such a pastor over each of those early New Testament churches.

Thinking about it further, there are no Bible Colleges in the New Testament, no trial sermons, no ‘Reverend gentlemen’, no ordination papers, no five year terms, no negotiated salaries and no one ‘special’ to ‘administer the sacraments’. We shall discover that these things are not simply extra-scriptural, but unscriptural.

How did New Testament churches operate?

The Bible teaches that the primary role in shepherding New Testament churches was exercised, not by a solitary Pastor, but by a plurality of men known as elders or overseers. Many verses conclusively prove this. Carefully note the following examples from the New Testament:

The New Testament’s use of the words ‘elder’ (Greek – presbuteros) and ‘overseer/bishop’ (Greek – episkopos) show that they are simply different designations for the same person – the former denoting their maturity, the latter their work and function, as the following passages show:

Scripture requires therefore, on principle, that there should be many ‘bishops’ in one church, not, as in the Church of England, one bishop over many churches.

So who does all the preaching?

The Bible delegates the responsibility of feeding and teaching the local church to the elders/overseers. Note the following passages and the combination of words they contain:

Since the word pastor means ‘shepherd’, and it is a shepherd’s job to look after and feed a flock, it must be concluded that the New Testament’s elders (overseers) are the only pastors (shepherds) required by a local church. There is no place in the New Testament for an extra office or position additional to this: no main pastor, assistant pastor, youth pastor, worship pastor, senior minister, lead elder or presiding elder. All such offices have no foundation in scripture. The Bible knows of elders and deacons. Period. No other resident teaching ‘office’ in the local church. While others may exercise a pastoral gift, such as full-time evangelists and Bible teachers (Eph 4:11), there is no hint in scripture of anyone claiming to be ‘the pastor’ of a particular local church and assuming a position of oversight apart from, and superior to, the elders. In fact, ‘presiding elder’ is a title that clashes awkwardly with a title of Christ in 1 Pet 5:4 – the ‘chief Shepherd’.

Where did it all go wrong?

The hierarchical system of church government, where a pastor is perched on the apex of a pyramid of say seven elders and twelve deacons, developed slowly from the 2nd century AD onwards, until by the 6th century a well organised three tier system had developed, which approximated to the Anglican system of today.1

The root problem behind the whole one-pastor system is the false notion that there is a special class of ‘qualified’ men called ‘the clergy’ who have authority over ‘the laity’. Interestingly, the word ‘clergy’ comes from the Greek word kleroo, which is used in 1 Pet 5:3 in reference to all believers – ‘God’s heritage’. What right has any group of men to appropriate this name to themselves, as if they, and they alone, were God’s heritage? The clerical system is merely a ‘Christianised’ form of Judaism, with its select priesthood and accompanying robes, altars and temples. Titles such as Pastor, Your Grace, Canon, Holy Father etc. are condemned in scripture (Matt 23:2-12). The words ‘reverend’ and ‘holy’ apply to Jehovah’s name alone (Psa 111:9). Among the ills of the ‘pastor-system’ note the following:

All the body parts should be functioning, as God directs; but the pastor-system encourages laziness, to the point where the congregation often becomes passive rather than active.

The pastor cannot possibly have all the gifts, and yet he is the single professional into whose hand the ministry has been placed. What about the gifting of the ‘non-professional’ believers? The clergy-laity gap inevitably therefore becomes the great demobiliser of the saints.

Liberty has been replaced by clerical liturgy. There is little or no room for a ‘lay’ member to bring a message from the word as led by the Holy Spirit.

The clerical system naturally leads to a lack of involvement by ‘the laity’, which fosters a neglect of their responsibilities in witnessing and Bible study. Men who should long ago have become teachers remain stuck at the milk stage (Heb 5:12).

5) It leads more easily to heresy

If the one man who monopolises the church falls into false teaching, the whole church may be led astray with relative ease. If a Bible College becomes heretical, it can lead a whole denomination astray within a generation.

How then should elders be raised up?

In the New Testament elders were raised up by God from within the local church – they were not hired from outside. An assembly cannot ‘make’ new elders by some sort of ceremony. An elder is qualified by his moral character, work and aptitude for teaching: and when the church can see a man who the Holy Spirit is raising up among them, they will be happy to submit to his leadership (1 Cor 16:15-16). We do not present candidates to God for His recognition: He raises up men for us to recognise (Acts 20:28). Such elders will not be ‘above’, but rather ‘among’ the flock (1 Pet 5:1).

The best ‘Bible Institute’ for future elders is the teaching ministry of the current elders within the local church, where they can demonstrate their teaching by example. Those who see new assemblies formed need to point out those who can care for the flock. The apostles did this in inaugural situations (Acts 14:23/Titus 1:5).

Should elders be paid?

Elders who as a result of devoting so much time to the assembly do not perhaps have a full time job may be supported with gifts (1 Tim 5:17-18). The Lord hires them, not men. Evangelists and Bible teachers (Eph 4:11) who travel full-time in connection with multiple assemblies, may also be supported with gifts (1 Cor 9:7, Gal 6:6). This pattern is still followed by thousands of assemblies all over the world.

Ex-pastor Mark Frees, who resigned his pastorate in Mississippi, USA, in 1990, after discovering his position was untenable wrote: “So when confronted with the plain teaching of scripture, I could not escape the conclusion that the oversight of the local church is to be exercised by mature brethren raised up by the Holy Spirit from within the local church, and that public ministry of the Word is open to any brother who has been divinely gifted for it. In contrast, most churches today entrust the spiritual leadership of the congregation and the vast majority of the public ministry to a solitary Pastor, who is chosen from among the professional clergy, imported from outside the church, and promised a fixed salary for his services. Can the reader, with his New Testament open before him, deny that this is a drastic departure from the scriptural pattern?”