A Pomegranate and a Bell (Poem by J.M.S. Tait) 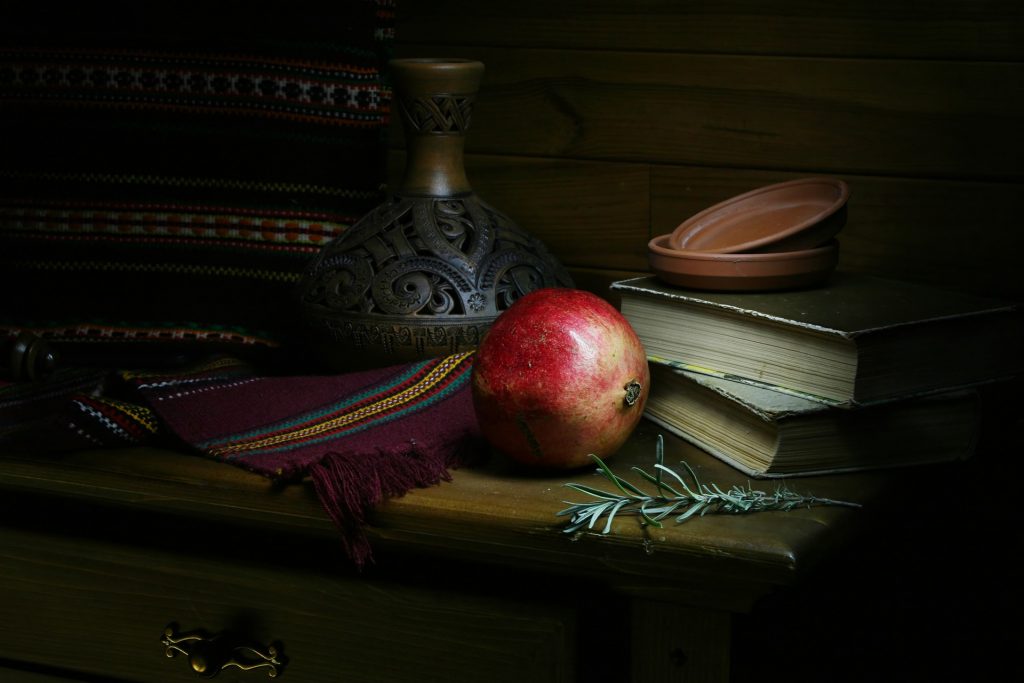 A Pomegranate and a Bell

With holy awe and reverent pace,
The Priest approached the Holy Place;
Attired in garments that became
The Place where God had set His Name.
His ephod shone with gold and gems,
While softly from the wreathen hems
The mellow music rose and fell,
From “a pomegranate and a bell,
A pomegranate and a bell”.

Today there’s still a Holy Place,
An Altar, and a priestly race.
A godly order still obtains,
The “Pattern of the House” remains.
Shall I invade that sacred shrine
And jangle through its calm divine,
With clamorous notes that plainly tell,
“No pomegranates, but a bell —
Another bell — and another bell”?