The Reformation in England 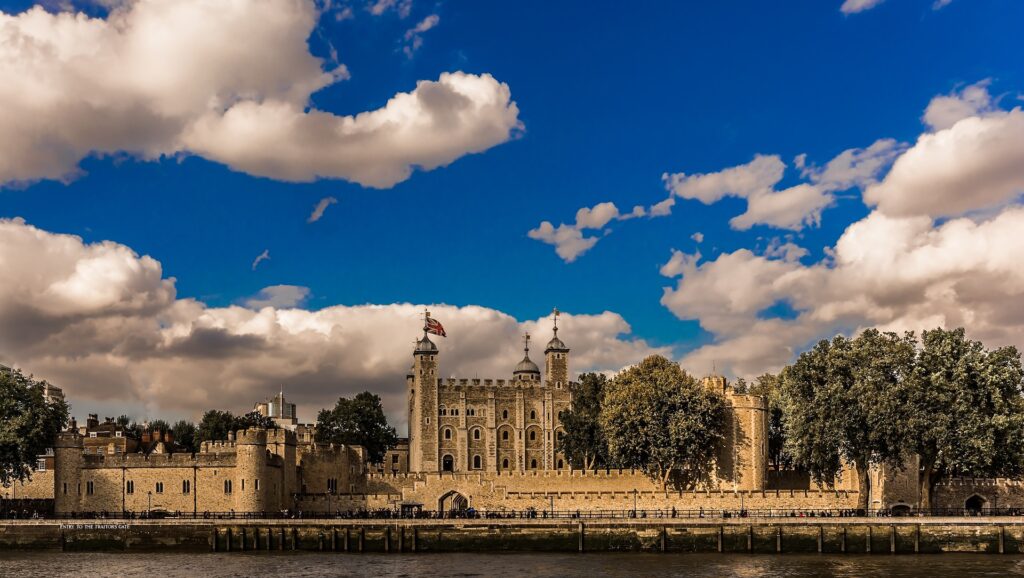 The Reformation in England

James Brown, of Scotland, author or “Torchbearers of the Truth”, provides a short but useful look at the Reformation in England.

This fervent prayer of William Tyndale, martyred on 6th October 1536, was heard in heaven and soon answered, but whether the mind of Henry VIII was ever truly enlightened to spiritual truths would be difficult to say.

The first Tudor king, Henry VII, won the crown when he defeated Richard III, sinister uncle of the princes in the Tower of London, and the last Plantagenet king, in the battle of Bosworth (Leicestershire, UK) in 1485. The victory effectively ended the Wars of the Roses and brought final triumph to the Lancastrians. The Tudors reigned from the late medieval period to early in the modern era. The focus of their foreign policy gradually moved away from retaining historic continental possessions in France, to the beginnings of a global maritime challenge to Spain in the exploits of sailors and navigators like Martin Frobisher, Sir Francis Drake (who had time to play bowls before routing the Spanish Armada), Sir Walter Raleigh and other Elizabethan adventurers.

So, there were significant changes in the 16th Century, but the greatest event of all was neither political nor economic, but spiritual: the Reformation. The differing responses of successive Tudor monarchs to the Reformation defined their reigns. Henry VIII’s attitude to reform would be governed by convenience. Matrimonial, financial, and political issues counted with him. Edward VI, though a youth, supported reform out of conviction; Mary suppressed reform with cruelty, while Elizabeth aimed to establish a reformed church by compromise. Through it all, behind the apparent authoritarian power of kings and queens, we recognise that “the king’s heart is in the hand of the Lord, as the rivers of water: he turneth it whithersoever he will” (Prov 21.2).

The Path to Reformation

Henry VIII came to the throne of England in 1509, just eight years before Luther nailed his 95 Theses to the door of All Saints Church in Wittenberg. Initially he strongly opposed Martin Luther’s teachings and wrote a book in Latin Assertio Septem Sacramentorum (Defence of the Seven Sacraments, also known as the Henrician Affirmation) in which he defended papal supremacy and other doctrines. Pope Leo X rewarded Henry with the title Defender of the Faith in 1521. A later pope revoked the title when Henry broke with Rome and was excommunicated.1 Henry had no problem with Romish dogma. His quarrel with the pope centred upon his determination to divorce his first wife Catherine of Aragon. Henry eventually lost patience with the protracted efforts to obtain Rome’s approval of his divorce, so he and his advisers took matters into their own hands. Writs were issued against bishops and pressure exerted against the church, with the result that in May 1532 the English clergy largely acknowledged Henry as supreme governor of the Church of England. The king was now effectively his own pope, and his divorce from Catherine and marriage to Anne Boleyn swiftly followed.

In 1534, and act of Parliament was passed which abolished Papal authority in the realm and put an end to payments of levies to Rome. This was not a true Reformation, but the appointments in 1533 of Thomas Cromwell as Chancellor, and Thomas Cranmer as Archbishop of Canterbury, paved the way for genuine reform in the longer term. Commissioners were appointed to visit Abbeys and Monasteries and to investigate their religious practices. Abuses were exposed leading to the Suppression of Religious Houses Act passed by Parliament in 1535. This Dissolution of the Monasteries led to substantial funds being appropriated by the Crown. Henry was always interested in the money! Yet he still firmly believed in transubstantiation, the veneration of saints and other Romish doctrines.

Henry’s sixth and last marriage was to Katherine Parr. She brought a measure of stability and calm to the last years of Henry’s life and judicially sought to influence his mind towards evangelical truth. In the final hours of Henry’s life, on the 28th January 1547, Cranmer was summoned to the king’s bed chamber. Henry was still conscious, but unable to speak, so the archbishop held his hand and asked the king to give him a sign that he was trusting Jesus Christ for salvation. In response the grip on Cranmer’s hand tightened slightly before Henry lapsed into unconsciousness and died. There had been little evidence in his life of a genuine conversion and one can only note, “the Lord knoweth them that are His”.

The Pinnacle of Reformation

Edward VI (1537-1553) was only 9 years old when he became king. He was the son of Jane Seymour, Henry’s 3rd Queen. When he was born, on 12th October 1537, London and the country had rejoiced. Just over a year had passed since William Tyndale’s death and in remarkable ways the future Edward VI became the true answer to his dying prayer. Edward received a good education from his excellent tutor, the warm hearted Sir John Cheke, a professor of Greek at Cambridge, and proved himself to be a highly intelligent pupil. Thomas Cranmer, a man of kindly disposition, was the King’s godfather and a close spiritual bond existed between them. In a letter to Cranmer the King wrote, “May your life be prolonged for many years, and may you continue to be a respected father to me by your godly and wholesome counsels. For I consider that godliness is to be desired and embraced by me above all things, since St Paul said, ‘Godliness is profitable unto all things’.”

The character of Edward’s reign was presaged by an incident during the preparations for his coronation. When three swords representing his three kingdoms were brought to be carried in the procession, the King said “There was one yet wanting”. When asked what that was he replied, “The Bible”, and then added “that book is the sword of the Spirit and is to be preferred before those. It ought in all right to govern us; without it we are nothing. He that rules without it is not to be called God’s minister or a King.”2 Little wonder Cranmer, in one of his sermons, referred to Edward as England’s Josiah. When only 12 years old the King wrote his Treatise Against the Primacy of the Pope. His quotations from the epistle to the Romans reveal a sound understanding of gospel truth. There is much evidence to show that Edward VI was a true and earnest Christian, a King whose eyes God indeed had opened!

The King’s maternal uncle, Edward Somerset, was Lord Protector, effectively leader of the Privy Council, and with the support of Thomas Cranmer he pursued a steady course of reform. The Act of Six Articles of 1539, which had reasserted Romish doctrines, was abolished and the first Act of Uniformity was passed in January 1549. This Act established The Book of Common Prayer and required the use of a reformed liturgy. There was strong resistance to this in the north and south west of England, where the Reformation had made less progress.

The Book of Common Prayer was largely Cranmer’s work, assisted by Nicholas Ridley. Cranmer’s beliefs had evolved over many years. He was not afraid to admit where he felt he had been wrong, as he progressed towards a clearer understanding of Scripture. An example of this gradual progress can be seen in the nomination of John Hooper to the vacant bishopric of Gloucester. Hooper refused to take the customary oath of bishops at their consecration, or to wear the episcopal vestments. He objected to the oath as unscriptural, because it referred to the saints as well as to God, and to the vestments as a remnant of Popery which ought to be put away. This brought him into a controversy with Cranmer and Ridley. He was clearly ahead of them in scriptural understanding. Hooper’s strong convictions delayed his consecration by a year until a compromise was reached. He agreed to wear his vestments on certain occasions; at his consecration, before the King, and in his own cathedral, and the King struck out the objectionable words from the Oath by his own hand. Hooper later suffered martyrdom at the stake in Gloucester.

In retrospect, one’s judgment of these men must be tempered by the circumstances in which they lived. To those who assert that the Reformers did their work badly, countenanced many abuses, and left many things imperfect and incomplete, J.C. Ryle wisely observed “In common fairness man should remember numerous difficulties they had to contend with, and the mountains of rubbish they had to shovel away” and, he added, “to my mind the wonder is not so much that they did so little, but rather that they succeeded in doing anything at all.”

In 1552 Edward suffered an attack of measles and smallpox from which he never fully recovered. In the early months of 1553 he grew weaker and on 6th July, at only 15 years of age that brief but brightest reign in England’s spiritual history was over. Shortly before the end he was heard to pray, “Lord have mercy upon me, take my spirit”. His funeral service was held in Westminster Abbey on 8th August. The previous night, his elder sister Mary had commanded that “the service should be said in her chapel in Latin as the custom was in Rome”. Cranmer refused and insisted that, since the King had been a zealous supporter of Reformation, the service should be in English and according to the existing English law.

Bishop Hooper said of Edward, “He died young but lived long, if life be action.”