Have You Visited Bunhill Fields Yet? (It’s free)

Have You Visited Bunhill Fields Yet? (It’s free)

It was as a child that I was first taken to Bunhill Fields in London by my Bunyan-loving father. John Bunyan, the author of Pilgrim’s Progress, is buried there along with many other notable Christians from centuries past. A friend of my father’s 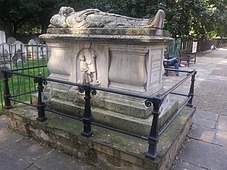 by the name of Ron Sharman – who was so familiar with Pilgrim’s Progress that he went by the nickname “Mr Bunyan” – used to tell of visiting Bunhill Fields during the blitz, when Nazi bombs fell nightly on London. Bunhill Fields was severely damaged and, said Ron Sharman, Bunyan’s grave was opened! He claimed, with not a little excitement, “I saw the lead on Bunyan’s coffin”! I was never sure whether to believe him or not. 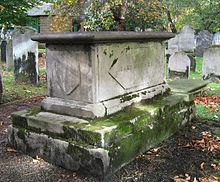 Bunhill Fields (from “bone-hill”), in the London borough of Islington, is well worth a visit. (John Wesley’s house and Chapel are nearby, so you can kill two birds with one stone). It’s a 4-acre nonconformist burial ground (larger in times past) in which around 123,000 bodies were buried between 1665 and 1854. Early burials included some who died in the great plague of London. Later, many nonconformist Christians who preferred to be buried in “unconsecrated soil”, rather than lie in Anglican-affiliated “consecrated land” (in London’s church graveyards), paid to be buried there.

A morning spent at Bunhill Fields, followed by an afternoon visit to Westminster Abbey, the burial place of many of Great Britain’s establishment figures – Kings and Queens, Bishops, scientists, poets and even Charles Darwin – will bring into sharp focus the pre-ecumenical divide that once existed in British society, when nonconformists took seriously the issue of who really is the “head of the church” – Christ or King? – and all that it entailed as regards authority and liturgy, even to the point of wishing to be buried clear of it. How things have changed in our tolerant world of today.

Notable among the many believers whose bodies are buried in Bunhill Fields awaiting the resurrection are:

* Joseph Hart was saved in 1757 under the preaching of George Whitefield. Engraved on his tombstone in Bunhill Fields are the following stirring words: “Joseph Hart was by the free and sovereign grace and Spirit of God raised up from the depths of sin, and delivered from the bonds of mere profession and self-righteousness, and led to rest entirely for salvation in the finished atonement and perfect obedience of Christ.”

Other notable people buried in Bunhill Fields are:

Here’s how to get there: Bunhill Fields Google Map Link