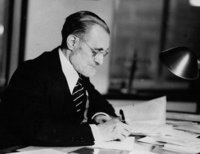 Thomas Newberry (1811-1901) of “Newberry Study Bible” fame, drew up what he called a “graphic scheme of the Greek prepositions, as viewed according to the idea of geometrical relationship”. It’s a great way to visualise what the different Greek prepositions in the New Testament mean. Here it is: 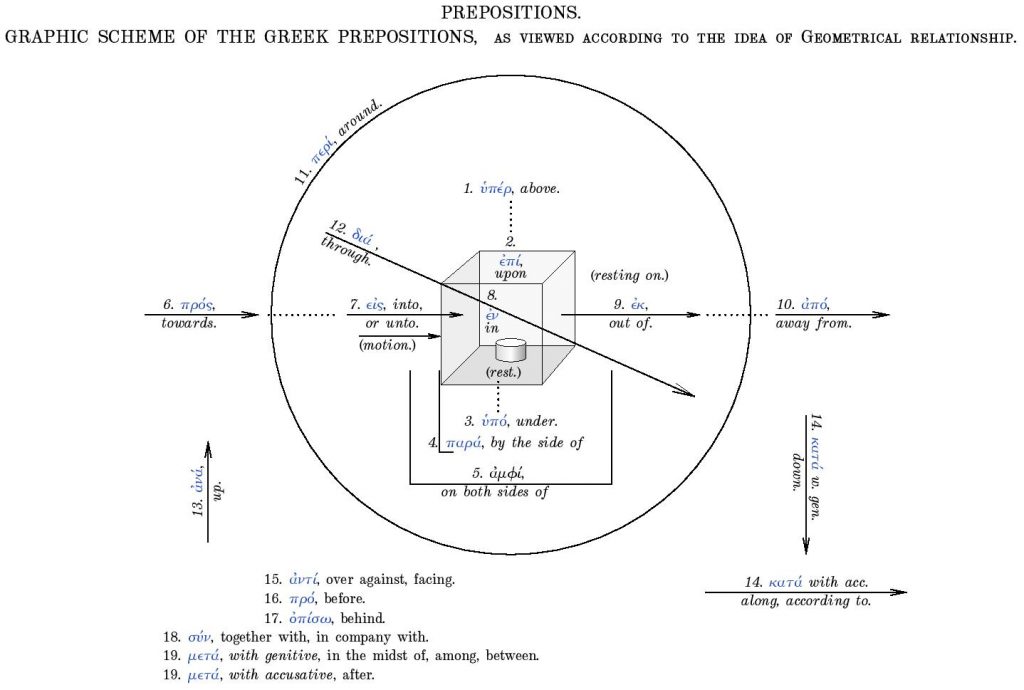