Chart of Israel, the Church and the Nations

God has specific purposes for each of these three entities. He began working with the nations first, then Israel, and lastly the Church. However, when God wraps up the history of the world, He will work in the reverse order. He will complete the church first at the rapture, then unite and restore the nation of Israel at the end of the tribulation, before finally blessing all the nations of the world through Abraham’s seed in the Millennium (Gen 22:18). 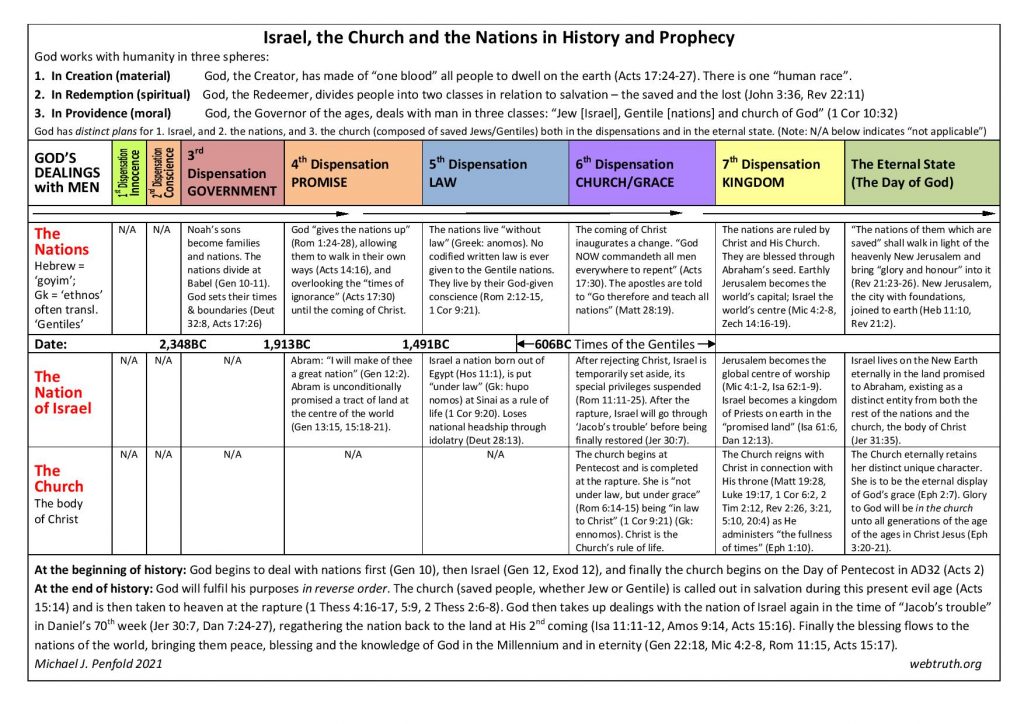